On Monday evening, Kentucky Senator Rand Paul was accused of plagiarism in a speech that he gave earlier this year at a conference in Washington D.C. 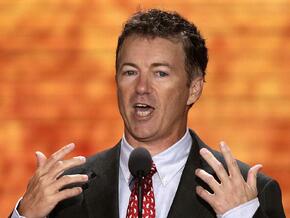 The allegations came from television host Rachel Maddow, a liberal commentator and staunch critic of Paul, who is a Republican.

In his speech, Paul was attempting to make a point about the danger of eugenics and was referencing the 1997 movie “Gattaca”, which dealt heavily with genetic selection. Then, according to Maddow, Paul quoted at least four lines directly from the WIkipedia entry of the film without providing attribution or credit to the authors of the passages, claiming the words as his own.

Maddow illustrated this by playing clips from Paul’s speech side by side with the text from the Wikipedia entry, all of which were either verbatim or near-verbatim. It was noted that, according to the recent edits list, the text involved predated Paul’s speech.

When pressed about the allegations, Paul said that he gave credits for the quotes, saying that “We borrowed the plot lines from Gattaca. It’s a movie,”. he said. “I gave credit to the people who wrote the movie… Nothing I said was not given attribution to where it came from.”

No mention was made of Wikipedia or the verbatim usage of passages from it.

However, allegations have now expanded to also include a June speech that Paul gave on the subject of immigration. There, he’s accused of having repeated verbatim three paragraphs from the Wikipedia entry for the film “Stand and Deliver”, which he was discussing in the speech. No attribution to Wikipedia appears in that speech either.

Paul has also denied plagiarism in this speech, but for the same reason he denied it in the first speech, that he attributed the film.

For Paul, who is widely considered to be a Presidential hopeful in 2016, the scandals could have been nothing more than a minor distraction. In politics, plagiarism scandals are like most other scandals in that, unless they are very severe, the response to the issue matters far more than the misdeed itself.

Unfortunately though, Paul’s denial only serves to stoke the flame. Paul seems to either be unclear on what he’s being accused of or the nature of plagiarism itself. The issue is not whether or not he attributed the films, but rather, the verbiage that he lifted directly from Wikipedia, which is a site written and edited by volunteer editors.

That response raises more questions than the original allegations did and has become fuel for political opponents. Where the allegations, initially, would have been easy to dismiss and forget, the response and the new discoveries raise concern that there may be a more pervasive problem.

Hopefully, Paul will address the allegations against him and offer an explanation as to how verbatim passages from Wikipedia ended up in his speeches. Whether it was a mistake or a misunderstanding, Paul has a chance to clear up what happened and move on from it.

Most of the time in the United States, plagiarism scandals are not particularly harmful to the careers of politicians. Though they often provide ammunition for political opponents, they rarely seem to sway loyal followers. However, by responding to it in a poor manner, Paul risks the scandal growing much larger and much more difficult to ignore.

That, in turn, could make the allegations a serious obstacle for him in 2016, especially if the problem continues.