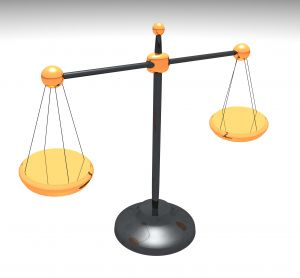 Stanley Fish of the New York Times wrote an interesting article earlier this month titled “Plagiarism is Not a Big Moral Deal.” Fish argues that the rules of plagiarism are not something people inherently learn from a very early age.

Stealing a loaf of bread, for example, would universally be considered bad across most cultures.  But stealing somebody else’s words? Fish doesn’t believe this act has the same moral stigma.

Fish compares plagiarism to golf, in that both have very particular rules that would be hard to determine without learning the playing field first:

“The rule that you not use words that were first uttered or written by another without due attribution is less like the rule against stealing, which is at least culturally universal, than it is like the rules of golf…. Plagiarism is like that; it’s an insider’s obsession.  If you’re a professional journalist, or an academic historian, or a philosopher, or a social scientist or a scientist, the game  you play for a living is underwritten by the assumed value of originality and failure properly to credit the work of others is a big and obvious no-no.”

Fish isn’t saying that plagiarism is OK or condoning it in any sense.  In fact, he recounts his own story of plagiarism: a section of one of his books was ripped off, nearly word for word, by another academic.

Fish is stating that plagiarism doesn’t necessarily hold ground in a moral or philosophical sense; but instead plays more of a utilitarian role within specific professional sectors.

In many industries, producing content is a business model. Most publishers produce books, journals, magazines and websites as their means of attracting readership, subscriptions and revenue.  Plagiarism is a direct attack on this business model.

If the integrity of a publisher’s content is not protected, it dramatically lessens the value of the service they are providing their customers.

Simply stated, the originality of an author’s content is not the point of a philosophical or moral debate but rather the centerpiece of a business model.  The ability to produce unique content without having it plagiarized is like securing a software or biotechnology patent.  A patent is an inventor’s method of protecting their intellectual property and livelihood.

If a biotechnology firm makes a discovery, it is in their interest to protect their rights to that invention.  In the same vain, an author or publisher needs to protect their content from getting plagiarized.

In academia, the originality of content, whether produced by students or educators, is central to the business of education.  If student plagiarism were to go unchecked it would drastically diminish the value of a degree.  How much would a PhD be worth if the majority of students plagiarized their dissertations?

The rules of plagiarism are certainly not ‘innate’ and need to be learned over time.  This fact, that plagiarism is not entirely common sense,  reinforces the necessity to provide education on plagiarism.  From the time a student enters grade school to their entry into the workforce, plagiarism will be a ‘game’ for which they need to learn the rules.