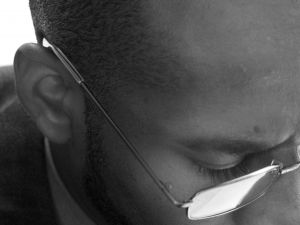 In the world of scholarly journals, the peer review process has been a longstanding bastion of academic sanctity.

For decades, these experts have served as the gatekeepers to academic publishing, using their knowledge in a specific field to determine whether a submitted essay is worthy of publication.

Over the last few years, a small selection of scholars have been pushing for a democratized internet evolution of the age old review process.  The New York Times recently published an article that analyzes this potential peer review transformation.

On one side, proponents of ‘crowd sourcing’ the peer review process cite the ability to move faster and gain insight from a wide spectrum of reviewers.

“In the end 41 people made more than 350 comments, many of which elicited responses from the authors. The revised essays were then reviewed by the quarterly’s editors, who made the final decision to include them in the printed journal, due out Sept. 17.”

The opposing view argues that a democratized forum would invite an abundance of amateur input, which was the reason an expert peer review process was first established.

As more publications adopt the web-based review method, some could become bold enough to further streamline the system by cutting out or minimizing the role of an editor.

Although this would continue to speed up the publication process, it does raise questions regarding whether misconduct (like plagiarism) may have an increased chance of going unchecked. Most online commentators would be unlikely to check a submitted work for potential plagiarism.

The nature of online interaction is often defined by multi-tasking; users briskly jump from one forum, blog, website, or article to another.  This leaves less room for in-depth review or the possible detection of duplicate content from an unattributed source.

One solution to this problem could be to assign users specific roles per submission; much like the segmented inner workings of an ant colony.  Some commentators could concentrate on meaning, some on method, some on grammar, etc. One segment could involve running a full plagiarism check and making sure sources were properly cited.

The future of peer review looks promising – the internet certainly has the ability to better a process that has remained stagnant for too long.

However, publications and scholars need to be cautious and make sure the the peer review process doesn’t devolve into a ‘free-for-all.’