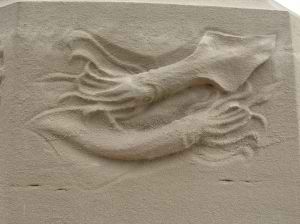 Science Reporting and journalism have changed quite a bit over the last several decades. In the past, there were only a few central news sources that people got their scientific information from. For example, viewers would tune into the CBS Evening News with Walter Cronkite to get their daily or weekly update on scientific discovery and innovation.

Today, there are a variety of targeted scientific publications and news outlets that provide a span of coverage on different topics. From blogs on space travel to acclaimed medical journals, scientific news now has a number of pathways to trickle down from, with a final destination on mass media channels like the evening news.

Although the wider variety of scientific sources provides a more diverse set of views, it can also be problematic for determining what news items are scientifically sound. It is commonplace today that unproven theories and sensationalist speculation gets passed down to credited news outlets and then disseminated to the viewing public.

One case of science journalism gone-wrong was the recently popularized story of the ‘kraken.’ The piece of news originated from the ‘studies’ of two professors at Mount Holyoke College who determined that a prehistoric ocean graveyard must be the work of a giant squid of mythological proportions. Even though their findings were backed with little evidence and without the scientific community, news outlets were quick to pick up the sensational story.

Wired Magazine writer Brian Switek wrote a scathing article in response to how news outlets were so quick to jump on an unfounded theory. From Wired: “But what really kills me about this story is the fact that no reporter went to get a second opinion. Each and every story appears to be based directly off the press release and uses quotes directly from that document. No outside expert was contacted for another opinion in any of the stories — standard practice in science journalism — and, frankly, all the stories reek of churnalism. What does it say about the general quality of science reporting when major news sources are content to repackage sensationalist, evidence-lite speculations and print them without further thought or comment?”

Switek’s strong point about a simple press release causing this kind of stir is a valid one. It makes you question how much time and effort news outlets are putting into their vetting process. What is the gateway mechanism that determines which content goes through for publication and live broadcast? Is the editorial process simply based on what will attract the most viewers?

This problem also raises questions of journalistic integrity and plagiarism. If news publications are simply churning out whatever comes through their doors (whether it’s in the form of a press release, statement, quote or external news report) – how much of this content is a word-for-word duplicate of the source material? How well are these outlets citing their sources and providing proper attribution to the original source?

Not only does bad science reporting teach the public bad science – it teaches bad journalism.