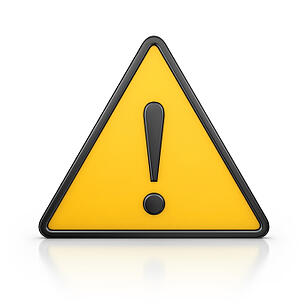 Lately, plagiarism has become a hot topic in the news. Over the past several years high profile cases have come to the forefront of major news outlets and given the issue of plagiarism a renewed sense of urgency. Each of these plagiarism cases has its own unique ‘plot’; including a cast of characters involved, a timeline of events, and a final result or judgement for the perpetrators. In a way, the public has become attracted to these cases for much the same reasons that they are drawn to reality television: the drama.

Forbes magazine contributor Cathy Scott recently wrote an article that highlighted her own run in with ghostwriting plagiarism. She found that passages from one of her books had been blatantly ripped off in another book without providing her any attribution. By contacting the proper authorities, she found out the book had been ghostwritten and the credited author actually had no idea this infraction had occurred.

Luckily, her specific plagiarism storyline ended well. From Forbes: “the author contacted me the next day and told me the name of the ghostwriter. He immediately offered a mea culpa and said he would contact his ghostwriter. He called me back an hour later, said he’d spoken with the writer, he apologized again, and said they were making changes to the book for the next print run and would give credit to my book where the passages appear.”

However, not all plagiarism storylines end well. In fact, the ones we don’t hear about in the news are the ones that are the real danger. These are the stories where an author has their work plagiarized and they never find out about it. Someone else profits off their intellectual property and gets away with it. For every one case of plagiarism that is exposed and makes its way into public awareness, there could be a dozen cases that go undetected.

In Cathy Scott’s case, she was lucky enough to randomly come across her own words in someone else’s book. For most people, this happenstance wouldn’t occur. However, a plagiarism detection tool like iThenticate enables authors, researchers, and publishers to be sure that there isn’t anyone out there unlawfully using their words. Plagiarism software levels the playing field by letting people take duplicate content detection into their own hands, rather than leaving it to chance.

Even though catching plagiarism before it actually occurs doesn’t provide a great news headline or story, it does ensure that a person’s intellectual property is safe.