A Publisher’s Role in Defense of Plagiarism 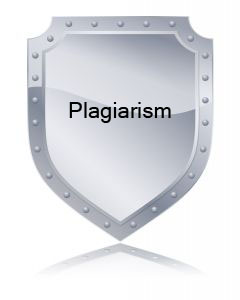 The relationship between authors and publishers has been rapidly evolving along with the digital age.  Many authors have taken to publishing their own books through large online e-book sellers like Amazon and distributing on platforms like the Kindle and iPad.  Not only do services like these provide streamlined publishing and distribution pathways, but they also offer authors a larger cut of profits than they would get with a traditional publisher.

What are some other reasons provoking authors to opt for self-publishing? In the past, publishers have provided authors with a slew of services beyond basic distribution to justify their price, including editing, marketing and PR.  Although this is still the case for many publishers – there are many that are also cutting out benefits due to decreased revenue streams in recent years.

Some publishers are still sticking behind their authors though – for better or worse.  The New York Times recently covered a case of purported plagiarism by author Lenore Hart, who was accused of copying material from another source in her novel “the Raven’s Bride.”  Hart’s publisher, St. Martin’s Press, has decided to stand in defense of their author, releasing a statement saying they take plagiarism seriously, have reviewed the case, but agree with their author’s logic explaining several passages in her novel that were curiously similar to material from an older book, “The Very Young Mrs. Poe.”

The statement from St. Martin’s Press ended by saying that the purported similarities were unavoidable due to the historical sources that both authors took from:

“As Ms. Hart explained in her response, of course two novels about the same historical figure necessarily reliant on the same limited historical record will have similarities. We have reviewed that response and remain satisfied with Ms. Hart’s explanation.”

Putting aside the question of whether Ms. Hart plagiarized – was this a wise move for St. Martin’s Press?

On one hand, they are showing all of their authors that, unlike many other publishers, they are still offering a great service; sticking behind their clients through thick and thin.  This move could lead them to sign more well-known authors as well as retain those whom they already represent.

On the other hand, this move could backfire.  If more evidence surfaces that proves Ms. Hart intentionally plagiarized, it could permanently tarnish the publisher’s reputation.  It could brand the company as one that does not really take plagiarism seriously, which could hurt them in the eyes of both consumers and other authors.

Had St. Martin's pre-screened Hart’s work for duplicate content prior to publication, it would have flagged any glaring cases of similarity.  As is the point of pre-screening, Ms. Hart and St. Martin’s Press would have had a chance to discuss the issue (before publication) and, hence, they would have avoided the problematic situation.

Pressure to Publish: What is Causing Research and Publishing to Change?