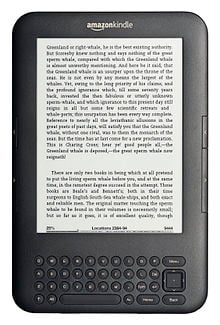 You’d think that when you’re buying from a company as prestigious as Amazon that you could avoid plagiarism, but unfortunately, the theft of intellectual property and manuscripts rears its ugly head even in the most legitimate business circles. When buying reading material for your Kindle, you might be getting the real deal from a genuine author, or you could be getting a pirated version that someone else downloaded, copied, and repackaged.

Amazon, unlike other content distributors like Smashwords, doesn’t have an effective screening process in place to prevent the sale of plagiarized ebooks and PLR content. Since the launch of Kindle, they’ve been working towards making their self publishing platform more secure, but there are still a lot of holes in the process. A reader may not be getting the real deal when they buy. That’s a problem, one that should be a priority for a company like Amazon.

According to a company spokesperson, Amazon has been “working hard” to build the processes that will detect plagiarized material, but other industry insiders claim it shouldn’t be that difficult. iThenticate’s plagiarism checker software is one solution that can screen a text and in a short interval ensure that readers get authentic, original copy and not plagiarized content. Other sites such as YouTube and Scribd have similar services, so why not Amazon?

Paid Content recently analyzed the legal stipulations regarding the issue.  Amazon claims they use screening software, but they don’t say exactly what it is or what they’re screening for – PLR or Plagiarized Content. Are they legally obligated to disclose that? No. The Kindle Store has been awarded “Safe Harbor” status like many other content sites on the internet, granting them a release of liability for any plagiarized content others publish on their site. By law, they are obligated to remove it once it’s been discovered, but they cannot be held accountable for the initial publishing of that content. Is this perhaps one of the reasons why they don’t have screening software in place?

Safe Harbor status can be revoked, however, as YouTube is finding out in a high profile court case between themselves and Viacom.  According to Hillel Parness, a copyright attorney at Robins, Kaplan, Miller & Ciresi, a website has no obligation to act without proof of plagiarism, but they can be held responsible if it’s proven that they did not act when made aware and if they made a profit off plagiarized or PLR content. The definitions of “profitability” and “awareness” are two of the key points in the YouTube/Viacom lawsuit, a case that could set precedents for future actions against Amazon and other content distributors and resellers.

In response to the rampant use of plagiarized and pirated content online, some within the federal government responded by presenting bills that penalize sites for posting it. SOPA, the Stop Online Piracy Act, has been presented in the House, and PIPA, the Protect IP Act, have both recently received a lot of media attention. They even led to a voluntary internet blackout by Google, eBay, and others on January 18, 2012. The bills were withdrawn, however, because they were far too wide reaching, and could have damaged the essential structure of the internet. However, the debate still rages on, and we have yet to see how the government will handle this issue in the end.