Kimberly Mitchell is the Journal Publications Director at Landes Bioscience, a rapidly-growing publishing company that currently publishes over 40 journals.

In the past year, Mitchell has noticed a disturbing trend when it comes to plagiarism. According to an interview with Mitchell last week, she told me that at one of her company’s journals, “Cancer, Biology and Therapy”, the publication has had to reject 221 papers in 2012. 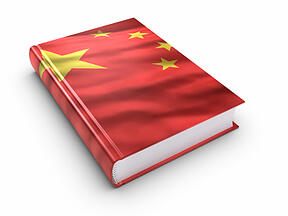 But while the numbers are shocking enough, the surprising statistic is that all 221 of the papers came from one country: China.

However, Mitchell’s experience isn’t unique. Last year, Louisa Lim at NPR reported that Helen Zhang’s attempt to start a Chinese journal that met international standards was hindered by widespread plagiarism. Zhang, through use of CrossCheck powered by iThenticate, found that some 31% of all papers submitted in the first two years had an unacceptable level of plagiarism or copying.

According to the NPR article, these issues with plagiarism and other ethical violations are a part of the reason that, despite a rapid increase in the number of papers coming from the country, China doesn’t even break the top 20 when looking at the number of times its papers are cited.

This, in turn, has held back China’s influence in international research and hindered the country’s broader efforts to become a leader in innovation.

Though there are many possible reasons for China’s problems for plagiarism, the most cited are the intense pressure upon Chinese researchers to publish and establish themselves internationally, a political system that is often seen as protective to those who are higher ranking giving them relative immunity to plagiarism allegations, and a general lack of understanding on the rules regarding plagiarism and research ethics.

However, another way to look at China’s plagiarism issues is in the context of its broader issues with intellectual property. China is routinely seen as a haven for knockoff, imitation and pirated goods and copyright law is struggling to catch up with the rest of the world. In fact, it was only earlier this month that China began to pass legislation protecting works by anonymous authors.

But whether the problem is the pressure to publish or a generally relaxed attitude toward intellectual property, the solution, for journals at least, has had to involve great awareness and enforcement.

In Mitchell’s case, the answer was in large part to use plagiarism checking software, including iThenticate (also provided by CrossCheck).

“If you’re not using a plagiarism detection system, put one in place,” Mitchell said, “We don’t run it necessarily on every paper but we do run it on original research papers, on the discussion portion. If we get a high result on the discussion, we run it over the entire paper.”

According to Mitchell, since they began using iThenticate, though they’ve had to reject a great number of papers before publication, they have not had to retract any. Best of all, they have been able to avoid sending papers off for peer review that had issues with duplicated text, avoiding wasting the time of the reviewers.

This message is echoed by Zhang in her survey where, in addition to strong agreements about the acceptable use of copied content and the need for proper citation, there was also strong consensus among CrossCheck users that the software was helpful in detecting plagiarism.

Still, as Mitchell pointed out, the software alone is not the solution, “The problem of plagiarism is a growing one. The only way that it’s going to be solved, as an ethical problem, is to have a lot more retraining both here and abroad.”