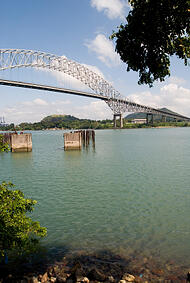 For the second time in under a year, a reporter at the Washington Post has been accused of plagiarism and has faced disciplinary action because of it.

This time, it’s the paper’s Mexico bureau chief, William Booth, who faces the allegations. Booth, according to reports, copied several lines from an earlier article in the journal “Environmental Health Perspectives” for an article he wrote about the widening of the Panama Canal.

The incident was brought to the attention of the paper by the original author, University of Southern California professor Adrea Hricko. Booth apologized for the “lapse”, saying that it was not intentional. However, the Washington Post appended the online version of the story and has suspended Booth for three months without pay.

However, this hasn’t been the only recent plagiarism problem for the Washington Post. Less than one year ago, in March 2012, Elizabeth Flock, a young reporter who worked on The Post’s breaking blog post, resigned after it was found she both plagiarized content for an article about life on Mars and published inaccurate information about a Romney stump speech.

Flock’s case, according to the Washington Post’s ombudsman Patrick Pexton, was a case of the paper failing its young reporter, sticking her in the important task of posting nearly six blog posts per day and, often, leaving her without proper guidance and editorial support.

But that explanation does not cover what happened one year prior to that, in March 2011, when Sari Horwitz, a 27-year-veteran and three-time Pulitzer Prize winner, was found to have plagiarized material twice within the month and earned a three-month suspension without pay, the same penalty that was recently handed to Booth.

Pexton, however, voiced his frustration at the plagiarisms. He said, “This is the third column I have written about plagiarism at The Post since I began as ombudsman, and there was a fourth case last September, while I was away, that I neglected.”

He continues to say that this this is a “problem that The Post needs to address, not just after the fact but before it,” though he offers little indication of how. In 2011 following yet another incident of plagiarism, this one  involving a freelancer, Pexton claimed that there was nothing that the organization could do to stop plagiarism.

However, this pessimism is where Pexton is wrong. Though he is quick to lament how technology has made it easy to plagiarize, he doesn’t acknowledge how it has also made it easy and fast to detect plagiarism. Tools, including iThenticate, exist for exactly that purpose and, though no system is 100% effective, they can help prevent plagiarized passages from reaching the pages of the newspaper.

Though the Post has handled all of the cases well, with prompt investigations and strong action, it would be significantly better for everyone if the newspaper could get ahead of the curve and stop at least some of these incidents from becoming public scandals.

While any publication that’s large enough is going to have to deal with plagiarism by its reporters, regardless of how reputable it is, publications can filter out many, if not most, of the potential incidents through a combination of good editing and use of technology. Couple that with a solid policy to respond to cases that are still printed and the impact plagiarism has on a publication’s reputation can be minimized greatly.

As The Post shows, it’s easy for even good publications to get bogged down in what seems like an endless stream of plagiarism incidents, something that can be and should be avoided if at all possible.

Professor suspended without pay from the University of Waterloo