Earlier this month, Elsevier filed a lawsuit in New York against two websites that it accuses of pirating their content. According to the lawsuit, Library Genesis and SciHub, are havens where individuals can access articles and other content published by Elsevier. 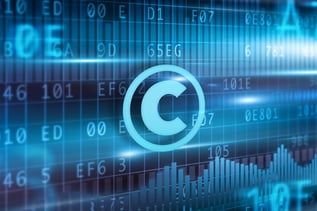 According to the lawsuit, the sites were (or are) largely filed by individuals who access Elsevier content via their ScienceDirect portal and then copy or move the content over to them without a license, making it free to access for others.

In the lawsuit, Elsevier is seeking an injunction barring the sites from distributing any Elsevier content.

However, the problem of piracy is nothing new for journals and publishers. Elsevier, for example, has a page detailing its efforts against piracy, including takedown notices, litigation and more.

Springer, on the other hand, takes a different approach, in its copyright policy, it says that it is yet to see harmful effects from piracy of its books and has not felt the need to take any significant action, but says that they take the issues seriously and invite users to report instances of Springer books being available illegally.

But the different approaches isn’t a surprise. Different publishers and even different publications are feeling the effects of piracy in divergent ways. For example, open access journals, which already make their articles available for free, don’t face the same challenges as pay-for-access journals.

The open accss business model doesn’t depend upon selling access to the work, meaning a site making copies available doesn’t harm the business and, depending on the use and the license, may not be an infringement. Pay-for-access journals, on the other hand, have a legitimate fear that such sites may displace at least some of their revenue.

This isn’t to say that open access journals don’t face copyright issues, such as when open access content winds up used by web spammers or essay mills without attribution, but piracy is not high on the priority list.

For publishers that are tackling piracy, they are finding themselves in the same position as mainstream book publishers, record labels and movie studios, trying to find a path where they can mitigate the impact of piracy and not find themselves throwing time and money into a game of Whac-a-Mole.

Fortunately for research publishers, the issue of piracy seems more concentrated than other types of content, limited to a small handful of sites. This provides a shorter target list and makes it possible to take out a large amount of piracy quickly.

However, those sites tend to concentrate in countries such as India, Iran and China, places where they are more popular because access to the journals is not as widespread. Enforcement in those countries is always a challenge.

Still, all publishers are going to have to address the issue of piracy. This doesn’t mean that they will have to attack piracy, but that they will have to think about it and make a plan for what they want to do in response to it. Even if that response is to ignore it, that needs to be an active decision and one that’s based on the facts at hand and what’s best for both the publisher and the industry as a whole.