Vice reporter Brian Merchant wrote a post for Vice’s Motherboard blog entitled “The Girl Who Would Live Forever”, a story about a cancer-stricken girl in Bangkok who was cryogenically frozen in hopes of finding a cure later.

The next day, a story about the same girl appeared on The Daily Mail. However, the byline to the story featured both Merchant and Anna Hodgekiss, The Daily Mail’s health editor. Merchant, however, had nothing to do with writing The Daily  Mail version and was less than pleased with his new byline. He took to Twitter and announced his “first byline” in The Daily Mail adding, “Of course, I didn’t write it, wasn’t paid & it’s plagiarized.“ 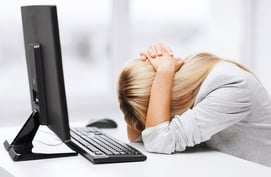 A few hours later, the byline was changed and Merchant’s name was dropped. Instead, he was given credit for writing the original article in the text of the Daily Mail article itself. According to Merchant, The Daily Mail had contacted Vice to ask permission to aggregate the article, which Vice granted, and put his name in the byline of the story as a way to attribute it.

However, Merchant continued, Vice felt that the byline gave the wrong impression, indicating that Merchant had a role in writing the story when he didn’t.

This isn’t the first run in with attribution and aggregation that The Daily Mail has had. In 2013, the paper found itself the subject of ridicule after it published an article similar to an earlier one from Cracked. In 2014, The Daily Mail found itself accused of plagiarizing from a The Planetary Society blog for a science piece in its paper, prompting a strongly-worded open letter.

However, the most recent incident is unique in that The Daily Mail did attempt to provide attribution in the form of a byline, only to have the original author and publication protest.

While the story is somewhat unique, the challenge is not. The Daily Mail is far from the only publication that is “aggregating” or heavily pulling from stories published first elsewhere. In 2015, a great deal of journalism is based heavily off the work of other journalists and publications, but how exactly to attribute those earlier efforts is still up for debate.

While links and in-text citation are seen as appropriate for facts or quotes pulled from other sources, The Daily Mail’s story was based almost completely on Merchant’s work, amounting to more of a rewrite than an expansion or aggregation. The Daily Mail clearly felt that stronger attribution was in order, opting instead to give Merchant a byline.

However, a byline comes with its own problems. A byline, as Merchant pointed out, indicates that he had a relationship with the paper and with the article, which he didn’t. As a result of the outcry over the choice of attribution, The Daily Mail chose to cite Merchant in the text of the article twice, once with a link and once by name.

As Vice pointed out in its response, The Daily Mail didn’t plagiarize its article. It asked for and received permission to use it and cited Merchant’s contribution. It’s how it attributed that contribution that’s become the subject of controversy.

However, this is a type of use that doesn’t really have an attribution standard right now. Many sites, including PetaPixel, have taken to adding “via” messages at the end of articles that are heavily based on other works, but that’s a standard that has not found much acceptance in mainstream journalism.

If newspapers and other publications are going to create articles based on previous works, such as what The Daily Mail did in this case, it needs to also develop an attribution standard that not only indicates the source of the the original content, but also makes it clear that no formal relationship exists.

Attribution is only useful when it is accurate, clear and easily understood. Adding a non-author to a byline is none of those things. While in-text citation may not feel adequate for the amount of reuse, it’s probably the best option available to The Daily Mail, at least until a better standard is developed.

What you need to know about plagiarism software [video]