In April, the U.S. Army published a 55-page manual entitled Cultural and Situational Understanding, which was meant to serve as a guide for servicemen working in environments with cultures different than their own.

However, after barely six weeks in circulation, the manual has been withdrawn. The news site Buzzfeed gave copies of the manual, which is not classified, in the hands of anthropologists and other experts only to learn that, amid a slew of criticism about the manual’s content, that it also contained plagiarized portions. 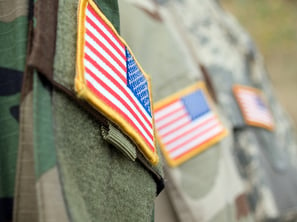 The plagiarized portions come from a variety of sources including academic papers, Washington State University and a book that is widely seen as hostile to various groups the manual is trying to help soldiers reach out to. The copied passages didn’t just include matching text, but in one case also copied at least one spelling error.

Though, according to Buzzfeed, most experts who read the manual took the greatest issue with the questionable information, it is widely believed it was the plagiarism allegation that prompted the retraction.

“They probably could have left it out there and just made product improvements if it were just the content criticisms,” said Steve Bucci, a retired Army Special Forces officer, to World Magazine, “But once you throw the plagiarism on there too, it’s such bad press that it would be dumb not to pull it back, kill it, re-craft the whole thing and do it academically correctly from the documentation standpoint.”

However, field manuals are unique when it comes to plagiarism and attribution issues. While they rely heavily on the work of others, almost based entirely upon outside research in some cases, they are not intended to be works of academia. Instead, they’re works intended for use by soldiers who have different expectations and needs than readers of an academic work.

But that being said, many field manuals are available to the public and become the subject of public debate, including policy debates. Knowing the source of the information is crucial to informed debate and discussion about the manual, especially if the army seeks to revise and improve it.

As such, while field manuals may not need to be held to the same citation standards as a research paper, there needs to be one that fits all of the uses of the manual, not just the intended one.

This misstep could become an excellent opportunity to discuss citation in field manuals including: What sources are acceptable, when should those sources be cited, and how should the citation take place.

While stories such as this one are never welcome and are very frustrating for any organization, if they are taken as an opportunity to learn and improve, they can be tools for positive change. In this case, that change will not only mean better attribution, but likely better manuals all around.

Let’s hope that the Army seizes this opportunity to do exactly that and raise the standards on its written work.