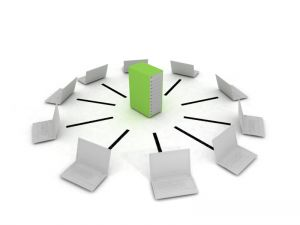 Mashable.com published a very interesting article on the growing phenomenon of journalistic curation.  A curator is someone who acts as a medium between journalists / publications and readers.

In today’s world of social media, link aggregators and social networking, almost anyone can attempt to be a curator.

Take, for example, a Twitter user who specifically covers stories on breaking scientific research.  Let’s call them @scinewznow.  @scinewznow would theoretically gather the best and most relevant stories in science research and point their Twitter followers towards those stories.  @scinewznow might also have a Reddit account where they post relevant links to be upvoted, as well as a Tumblr account where they post more design oriented stories.

All in all, @scinewznow can make a big difference in what their followers are reading or not reading in the world of scientific research.

The Mashable article poses a question regarding the journalistic and ethical obligations a curator should have:

“Building trust is important to validating curation as an evolutionary form of journalism, and many curators believe they should be held to the same standards as journalists…Ethical standards and transparency (like citing/crediting sources) are essential in building trust in a curator.”

Trust definitely is a key to the equation in this medium, and is likely to gain a curator more followers in the long run.

In the end, however, the game is all about distribution: how many people are listening to what you have to say?

Any individual that sends a link to their friends through email, or let’s say Facebook, is in a way acting like a curator.  However, this person has no intention of getting the story beyond a close knit group of people.

However, a person or business with 10,000 Facebook fans or Twitter followers is an entirely different beast.  They are likely directing people to a story with the intention of continued viewership and growth.

A curator like this can ‘add’ their own spin to a story and influence what readers think before they even click the link.  In some cases, the curator might not have basic journalistic standards because they have no background in the field.  They could be a celebrity, politician, activist, or some kid sitting in their parent’s basement (not to say that all of the aforementioned would have no ethical standards).

The phrase ‘with great power comes great responsibility’ holds true to curators.  If the intent of a curator is to distribute content to an audience beyond their friends and family, they need to be held accountable to journalistic standards.

For example, what’s preventing someone from simply not linking to a story, and instead just grabbing a sentence and throwing it on Twitter?

In this case, attribution to the original author is a necessity.

Curation is still evolving and the rules on the playing field will certainly change as the medium continues to be shaped.  Starting with some solid rules, however, instead of adopting an ‘anything goes’ approach, is definitely a good start.