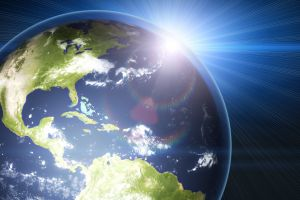 Everyday, plagiarism is becoming a more frequent subject in the news.  The New York Times recently published a very interesting article that examines the current state of plagiarism in the world today.

The piece juxtaposes two timely and high profile cases of plagiarism and compares the opposing ramifications for each perpetrator.

One person is German Defense Minister Karl-Theodor zu Guttenberg who was forced to resign due to plagiarism in his 2006 doctoral thesis.  As German prosecutors dig into the case, Guttenberg now could be facing further repercussions for the plagiarism, including possible charges of copyright infringement.

The other perpetrator is Seif al-Islam el-Qaddafi, the son of Libyan despot Colonel Muammar el-Qaddafi, who was recently found to have plagiarized parts of his doctoral thesis from the London School of Economics.

Unlike Guttenberg, Quaddafi’s case hasn’t attracted near the amount of media attention or incurred any sort of repercussions as of yet.  The New York Times article examines this divergence as a possible byproduct of cultural and regional values:

“Both episodes also suggest that beneath a surface unanimity of disapproval, the range of responses to plagiarism reveals considerable diversity across cultures and continents.”

The article goes on to provide several examples that illustrate the varying views of plagiarism across France, Germany, Russia and the United States, making it very difficult to control within a global exchange of research and publication.

The article notes that one thing that is consistent across these countries, however, is the underlying force of the internet both as a vehicle for and against plagiarism.

A quote from Wikipedia Founder Jimmy Wales illustrates the constant presence of technology in plagiarism:

“…the Internet, often blamed for making plagiarism as easy as click and paste, may also be ‘capable of correcting its own follies’.”

By ‘correcting its own follies’ Wales is referring to the growing use of technologies like iThenticate and Turnitin that can scan the internet for duplicate instances of content and highlight cases of plagiarism.

Even though the internet provides an easy way to unlawfully copy other people’s work, it also has created mechanisms that make it easier for someone to get caught doing so.

In addition, using plagiarism detection software, institutions and organizations can prevent plagiarism before it happens by providing a ‘safety net’ to catch any plagiarized material before it goes public.

However, the evolving plagiarism detection technologies go beyond simply ‘fighting fire with fire’ and scanning the internet for plagiarized content.  iThenticate and Turnitin also have the ability to go ‘offline’ and search massive research databases that are contributed to by organizations and publications around the world.

As more publications sign up to have their research databases included in the effort, the ‘smarter’ and more effective the plagiarism software becomes.

Although the global community is taking strides towards a controlled stance on plagiarism, it will be some time before the diversity of cultural views on the subject is even close to unified.

That’s why that the evolution of plagiarism technology is paramount; its presence is becoming one of the only constant variables in an increasingly diverse exchange of research and content.