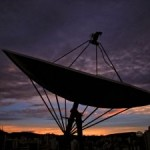 The standard form of plagiarism that we hear about most often occurs within a single medium. For example, an original newspaper article is duplicated and published by another newspaper without attribution.

However, plagiarism isn’t something that only occurs within one sector; it also commonly happens across multiple mediums.

There are a number of ‘cross-medium’ examples of plagiarism that can occur on a regular basis.

One recent example of plagiarism across multiple platforms of distribution involves an ESPN news anchor using a print article as his broadcast script without providing attribution to the original source.

From the SF Gate:

“Will Selva, an anchor at ESPN for three years, issued an apology Wednesday for taking all but of a few words from the lead of a column written by Kevin Ding of the Orange County Register, previewing Tuesday’s game between the Los Angeles Lakers and the San Antonio Spurs.”

Although Selva denies intentionally copying the Orange County Register article, he may have thought he would be less likely to get caught because of cross-medium barrier.  Perhaps he was lax in the review of his broadcast script because he was taking from a small column out of a local print newspaper.

Despite the fact that his ESPN broadcast probably wasn’t in direct competition with the local column, it was still an act of plagiarism.

It comes down to the fact that an individual is taking another person’s words and using them as their own without providing attribution.

In the political plagiarism sphere, cross-medium copying  is fairly commonplace.  Although politicians have been known to plagiarize one another, there also have been cases where they’ve copied content from newspapers and print publications.  The politician then goes on to use the unattributed material on their website, in their speech or in an official statement.

As far as business competition goes, cross-medium plagiarism can have an equally harmful impact on a company’s bottom line.

If a publication is distributing original content and the material is unlawfully reproduced on another medium, the content is still devalued.

For example, a radio listener that hears a specific line of text taken from a newspaper column is likely to think the line originally came from the radio host, instead of the other way around.  The listener is then unlikely to buy or subscribe to that specific newspaper because it appears to have less original content.