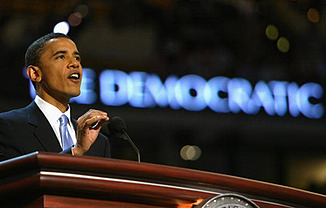 Last week we discussed Maine Gubernatorial candidate Les Otten’s problem with plagiarism, which certainly did his campaign no good. This week another case of political plagiarism has moved to the forefront. Vaughn Ward, a republican candidate for Idaho’s first congressional district, was found to have also plagiarized another politician’s speech. The plagiarized material was not just from any other politician and it wasn’t any run-of-the-mill speech. It was President Obama’s 2004 Democratic Convention Speech that is widely considered to have catapulted him towards the presidency.

The typical response came out of the Idaho candidate’s camp: denying any intention of purposefully copying the speech.  Once again, whether this plagiarism was a mistake or not, it doesn’t matter.  The damage was done – Ward ended up losing to his opponent after the plagiarism scandal emerged.  As in any other business, politics is not forgiving to those who slip up.  The politicians who are able to maintain a clean image are those who can prevent mistakes before they happen.

If Mr. Ward’s campaign really wanted to prevent mistakes like this from happening they would adopt a political editorial process that included the use of iThenticate’s plagiarism detection software. They would simply log on, upload the speech or statement to iThenticate and have the software do the hard work.

Just to show how the iThenticate process works, we tested the paragraph in question from Ward’s speech by uploading it.  iThenticate was immediately able to pull various content matches dated back to Obama’s speech in 2004.  One match is titled:  “BARACK OBAMA DELIVERS REMARKS AT DEMOCRATIC NATIONAL CONVENTION.”, Political/Congressional Transcript Wire, July 27 2004 Issue.

The match also denotes that the content in question has a 97% similarity to the publication source.  Unlike simply ‘Googling’ a line of text to check for matches, iThenticate runs content through a variety of offline publications, journals and archives – providing relevant information that goes beyond shallow internet content.

A political campaign is a team effort, with published statements coming from a variety of sources like candidates, campaign managers, interns, etc.  iThenticate provides a plagiarism filter for any of those sources.  Whether there is a bad apple on the team or someone makes an honest mistake, iThenticate provides an unbiased report for the good of the campaign.

Plagiarism in the Cyber World