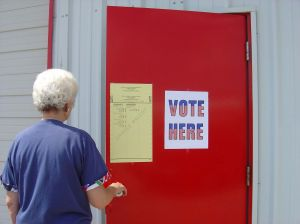 Plagiarism has already had a noted effect on politics in 2010.

Each of these politicians ended up dropping out or losing their respective races primarily due to their plagiarism scandals.

Apparently, politicians still haven’t learned the lesson that a plagiarism scandal can completely derail a campaign and cause the voting public to lose trust in a candidate.

The results were fairly shocking in terms of the volume of material that was reused without any attribution.

“Using the plagiarism detection software program iThenticate  as well as Google and the Library of Congress, HuffPost found that more than 30 members of the House and Senate eschew originality when it comes to making their case.”

The investigation revealed many cases of plagiarism among current ranking members of congress as well as candidates for the upcoming midterm elections.   Much of the content in question was appropriated from the GOP.gov website, which includes talking points that members of the party or voters can refer to for information.

However, many politicians, including a sizable fraction of the much-talked about Tea Party, seemed to simply ‘cut and paste’ from the GOP talking points without providing citations to the original source.  The Huffington Post provides one starkly egregious example where the website of Tea Party Caucus leader Michele Bachmann copies a section of the GOP Talking Points with word-for-word accuracy.

Although some politicians seem to be shrugging these revelations off as ‘signs of unity within the party,’  they should exercise caution. The past year has shown that allegations of plagiarism cannot be taken lightly.  As the midterm elections get closer, even the smallest slip-ups that display candidate character flaws can mean the difference between winning and losing.

We’ve yet to see how this new wave of plagiarism will entirely affect the upcoming elections.

As far as party unity – its fine that politicians take from each other when they have the same views on issues.  They simply need to cite their sources.