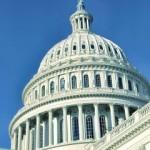 In politics, every detail matters.  For politicians, personal lives, family history and medical records can make the difference between winning or losing an election.

Any seemingly harmless published statement from a politician can end up as a headline on a newspaper, broken down and slanted to an opposing party’s advantage.

Official statements and speeches are an even bigger deal – this is the content that represents a politician’s stances and viewpoints to the voting public.

Unfortunately, some campaigns haven’t realized the importance of thoroughly double checking every statement a politician releases.

One recent example is Les Otten, a Maine Gubernatorial candidate whose campaign recently flirted with plagiarism.  The first flap came when Otten’s campaign released a logo that had a striking resemblance to President Obama’s 2008 campaign logo.

The next mistake occurred when Otten released an official answer in response to the federal grant education program ‘Race to the Top,’ which appeared to be a near word for word replica of another politician’s verbiage.

From the Bangor Daily News:

“…Otten’s response to a question about the federal education grant program Race to the Top. The editor of Pine Tree Politics, Matthew Gagnon, compared Otten’s answers with testimony given during the last legislative session by Stephen Bowen of the Maine Heritage Policy Center.”

Otten’s campaign claimed that the error was inadvertent:

“We apologize for the inadvertent oversight as the final draft of our response was being prepared. This is an error of omission not an error of commission.”

Whether the plagiarism was accidental or not, Otten’s campaign ought to have been more diligent about vetting any statements prior to release.

In the case of the campaign not knowing the statement had come from another source – the use of a plagiarism checker solution like iThenticate would have prevented any sort of problem by detecting a duplicate match.

On a broader scale, politicians who want to make sure plagiarism is never a problem should utilize an ‘editorial’ process similar to that of a news publisher – checking for fact authenticity as well as potential duplicate content.

Honesty is an integral trait for politicians, something that nearly every voter is constantly looking for.  Plagiarism, essentially stealing someone’s words without their permission, can kill any politician’s chances of appearing to be an honest person.