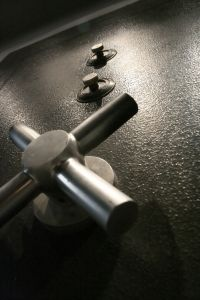 The Steven Spielberg film ‘Catch Me if You Can’ follows the true story of Frank Abagnale Jr., a famous US con-man who lied his way through much of life with great success.  Some of Abagnale’s feats included forging $2.5 million in checks as well as creating several fake identities (an airline pilot, doctor and lawyer to name a few).  In the end, after serving minor prison time, Abagnale was tapped by the FBI to help prevent forgeries and also went on to found a successful security consultancy.

If you browse Hollywood’s storied film collection, there are a plethora of other movies that celebrate real-life or fictional ‘con-men’ of all sorts.

”Oceans 11″ follows a gang of Las Vegas Casino robbers who make off with millions of dollars in style. “The Thomas Crown Affair” depicts a smooth and suave art thief who makes robbing famous museums look like great fun.  There are hundreds of other examples of movies, books, and TV shows that sensationalize the con-man or robber.

Could this glamorous depiction of stealing and getting away with it be one contributor to a growing laissez faire attitude towards stealing in everyday life?  Whether it be robbing a bank, forging documents, or plagiarizing an essay, our culture celebrates stealing in a strange way.

Although the protagonist often gets off the hook in the movies, the real-life con-men don’t usually fare so well.

The recent case of the ‘Barefoot Bandit’ is a good example. The story of a young man who was stealing planes among other things made front page news headlines because it went down much like a Hollywood film with plenty of excitement and action. In the end, however, the Barefoot Bandit was apprehended and probably will spend much of his young adulthood in prison.

Another recent case in the headlines involved Adam Wheeler, a Frank Abagnale wanna-be who conned his way into Harvard as well as forged and plagiarized multiple grants and scholarships.  Wheeler was recently caught for plagiarism during his senior year at Harvard after he fabricated one document too many.

Although both of these cases ended up with the culprit getting caught, the news media still seemed to thrive on coverage of the stories, as if the criminals were the heroes of Hollywood films.  In the real world, beyond Hollywood and beyond the newspaper headlines, perhaps there are many more individuals who are stealing with the hopes of getting off or being celebrated for their actions.

In reality, however, many of these individuals will be caught and face punishment with little fanfare or recognition.

The Aftermath of Plagiarism

Self-Plagiarism: Is it Really Plagiarism?