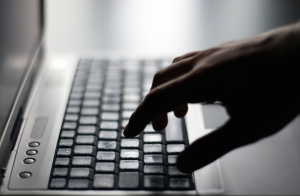 Until very recently in history, most of the content that reached our eyes and ears was ‘professionally’ made.  The magazines, books, newspapers, radio shows, movies and video clips of the past were created by an organization or specialist whose profession was writing, film making, producing music, etc.

As we all are probably aware, that standard model of content creation has drastically changed in the past decade because of the internet.

Anyone with an internet connection can publish and distribute content of every breed to a mass audience.

As the internet continues to provide more efficient ways for the average user to create and publish content online, the line between ‘professional’ and ‘amateur’ has started to blur.

Should professionalism be solely based on a person’s ability to generate revenue?

If that’s true – than the swelling number of paid producers on services like YouTube, Demand Media, Patch and Examiner should be considered professionals.

However, some would argue against calling every person who can earn a buck online a professional.  Doing so might dilute or devalue the ‘true professionals’ who have an education, talent or passion for the field.

Patch, AOL’s hyperlocal news site, recently ran into a plagiarism problem within their large network of journalists (they claim to be the “largest hirer of full-time journalists in the U.S. in 2010″).  According to several sources, there have been multiple instances of plagiarism found on Patch’s news sites.

“… as the infrastructure of Patch grows, so too does the perception that it is a content farm with overworked editors and, in some cases, sloppy journalism.”

In this case, should a ‘professional’ be based on something beyond monetary fulfillment – such as a code of ethics?

Journalism is one field that has a fairly strict code of ethics (at least within the old guard of publications).

Although Patch writers are paid, they aren’t necessarily strictly adhering to rules like providing unbiased reporting or proper citations. However, truly unbiased reporting is rare nowadays even in large ‘professional’ publications like the New York Times or Wall Street Journal.

In fact, a micro-blogging site like Twitter, which provides simultaneous perspectives from millions of individuals on any one topic, may be the most unbiased reporting that is out there.

And on Twitter, almost no one is getting paid.

Perhaps it’s time to simply throw out the term ‘professional’ in regards to content creation. The true purpose of the internet is to connect users with the content they want – whether it be from a large publication or an individual blogger.

Instead of focusing on the person that is creating the content, we should focus on the work itself.

Here are the questions we should be asking:

Does Intent Matter with Plagiarism?