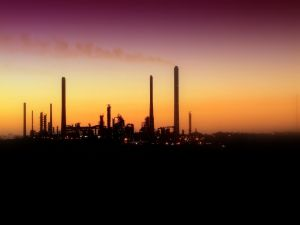 In 2006, a congressional report was released that went up against climate change, challenging prior research that pointed to a global warming trend over the past millennium.

Turns out much of the congressional report was actually plagiarized.

A study conducted by USA today and backed by plagiarism experts showed that Wegman’s research was composed of lifted content from a number of sources, including textbooks, Wikipedia articles and the research from top climate change researchers.

The congressional report failed to properly cite any of the authors, but blatantly copied “35 of 91 pages” from external sources.

USA today enlisted the testimony of a number of experts in plagiarism as evidence for their article, including Ohio State’s Robert Coleman (the chair of the OSU Misconduct Committee) and Virginia Techs’ Skip Garner (who heads the plagiarism detection group).

In any standard scholarly setting, plagiarism findings such as these would not only spoil the actual research, but also the reputation of the scientist who conducted it.

Professor Wegman is currently standing behind his research, calling the allegations “”wild conclusions that have nothing to do with reality.”  If the ongoing George Mason University investigation turns out to reveal Wegman did indeed unlawfully plagiarize, he will certainly face academic punishment within his institution.

And what will happen to the man who authorized the report for apparent political motivations, Congressman Joe Barton?

Although there is no standardized punishment for plagiarism in politics, the past few years have shown that voters certainly don’t like being deceived by their representatives.

If it can be clearly shown that Barton authorized the report to mislead the public on the realities of climate change, he probably won’t last much longer in office.

Despite catching the perpetrators several years after-the-fact, the plagiarized materials have already had quite an impact.  The 2006 report was utilized by climate change detractors as fuel for a number of congressional hearings that lead to widespread paranoia and speculation on the validity of global warming.

The plagiarized reports may have set climate change research and funding back by several years, which also probably slowed the progress of the US clean energy sector.

This case of plagiarism illustrates the need for a higher level of integrity for similar research reports, especially those that can potentially have an effect on public policy.

If studies are commissioned for the purpose of public good, they need to be well-monitored and achieve a standardized level of academic integrity. Checks and monitors need to implemented during several steps of the process, on both the scientific research-level as well as the use of the research within political statements.

Overall, the growth of research publications, as well as the the use of government commissioned studies has increased drastically over the last decade.

The sheer amount of research out there is overwhelming; add to that the fact that some research may not be sound and we have quite a problem on our hands.

iThenticate has been implemented and should be utilized in the future for exactly these types of cases; to root out duplicate content and plagiarism where it stands to adversely impact the body of scholarly research.