Self-Plagiarism: Is it Really Plagiarism? 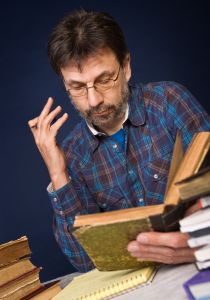 The term ‘self-plagiarism’ might seem confusing to many people.  After all, if you are the person who originally created a piece of content, how can it be considered plagiarism if you decide to reuse the material?  Shouldn’t you be able to reuse your own work in any way you want?

The simple answer is “no.”

Self-plagiarism is also known as ‘reuse,’ ‘recycling fraud,’ or ‘duplicate publication,’ and consists of a person re-purposing their own written material without providing proper attribution by citing the original content.  The ethical (and legal) dilemma of self-plagiarism spans across several industries and vocations, but is most apparent in an academic atmosphere.

A recent case out of Queen’s University in Ontario, Canada illustrates some of the problems with self-plagiarism.  A mechanical and materials engineering professor, Reginald Smith, recently had three papers retracted from the the Annals of the New York Academy of Sciences because it was discovered that he had reused work that he’d previously published.

One particularly egregious part of this case is that the previous publications were co-authored, so the professor was not only self-plagiarizing, but also plagiarizing the colleagues that originally published the works along with him.

From MacLeans On Campus:

“Titles and authors’ names on the papers change, but large chunks were duplicated in papers co-authored” by the 80-year-old scientist, Postmedia reported after an extensive investigation into the matter including the retrieval of several documents from the Natural Sciences and Engineering Research Council (NSERC) through freedom of information requests.”

In a research atmosphere such as Queens University, self-plagiarism can lead to charges of scientific misconduct, firings and fines.  For students in an academic atmosphere, self-plagiarism is often treated with the gravity of a standard case of plagiarism, resulting in suspension or expulsion.

Self-plagiarism can also have major legal implications.  There are some cases where the copyright of a previously published work has been transferred away from the original owner.

This means that if the original owner reuses their old work they are violating the copyright and can be held legally accountable for their actions.

It’s certainly true that self-plagiarism is not nearly as cut-and-dry as standard plagiarism; there are a number of ongoing debates about the boundaries of reuse.

However, whether from an ethical, academic, or legal standpoint, it makes sense for individuals to always provide attribution whether the work is another author’s or their own.

For a person or organization that publishes very regularly, there also is always the chance of accidental duplicate publication.

Even reusing a sentence or paragraph from your own previous paper can constitute self-plagiarism.

Unless a very sophisticated internal system is in use to prevent previous publication, it makes sense to utilize plagiarism software to cross-reference previous work and highlight any instances of duplicate content prior to publication.