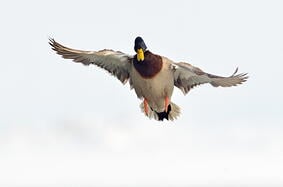 So what happens to a person who is accused of plagiarism in a public way only to be later exonerated by an investigation and tribunal? That is the difficult question facing Dr. Terrence Deacon.

Deacon, who we talked about in October, became the subject of an investigation by his school, University of California Berkeley, after Michael Lissack alleged he had plagiarized ideas and research in his book “Incomplete Nature: How Mind Emerged From Matter”.

Specifically, according to Lissack, Deacon had built much of his work on previous books by Alicia Juarrero and Carl Rubino, the latter of whom published his book through Lissack’s Institute for the Study of Coherence and Emergence.

Lissack took the case public and created a site dedicated to the dispute that eventually prompted UC Berkeley to launch an investigation. However, that investigation concluded Thursday, January 31st, and exonerated Deacon of the allegations.

According to the committee’s report, “The alleged evidence of plagiarism - the commonalities in themes discussed and references made - seems to us to result from the two writers having drawn, again, independently, on the same well-known philosophical and scientific sources.”

However, it would be naive to believe that the strong endorsement from his school would be the end of the conversation. Lissack, for his part, stands by his view saying that “Apparently, Berkeley does truly believe there is one standard for students... and a very different standard for senior professors.”

Deacon also admits that the incident has left a stain on his work, noting that, even though he’s been exonerated of plagiarism, there is an implication that his work merely parallels the earlier ones and isn’t worth reviewing even though, according to him, he reached significantly different conclusions.

However, Deacon, most likely, faces a much bigger challenge. Currently, even a cursory search for Deacon’s name turns up news articles about the plagiarism allegations and, even after time passes, anyone researching him or his work will quickly learn about the investigation and allegations, casting a shadow of doubt.

People often ask about how long a plagiarist should be punished after judgment has been rendered and whether or not plagiarism should be a life sentence. However, those that are accused of plagiarism but exonerated face the same question, even if they have done nothing wrong.

An allegation of plagiarism can stain an academic or literary career the same way a fraud accusation stains a banker’s or bribery stains a government official’s. It often doesn’t matter if the allegations are true.

This is why allegations of plagiarism need to be made carefully and handled appropriately. The court of public opinion is rarely a good place to try such complex matters, especially when the evidence is less-than-clear.

But more than just the damage such allegations can do to the reputation of those accused, too many false alarms risks people taking plagiarism allegations less seriously, making it more difficult to deal with the actual cases of plagiarism that do arise.

For Deacon though, he still has many challenges to deal with. Though the full support of his school means his career is likely stable, there’s no path to clearing his name in the larger community, especially among those who only know half the story.

Though he could, theoretically, file a libel lawsuit, it is unclear if he could win given how much of plagiarism allegations are opinion, which is largely protected under the law. Furthermore, such a case just puts the allegations back in the public eye and, should he lose, regardless of the reason, it gives validation to those who still believe he is a plagiarist.

In the end, the best thing Deacon, or anyone in his position can likely do is continue moving forward with their career and doing good work. Allegations of plagiarism, especially unproven ones, don’t have to be career killers, but they don’t go away quickly either.