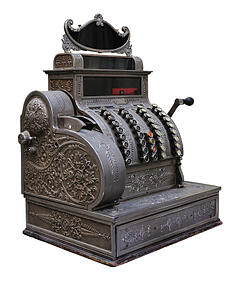 Jonah Lehrer, best known for a plagiarism and fabrication scandal that ended his once-promising career in science journalism, recently created a controversy when it was revealed that he was paid a $20,000 honorarium to speak at a conference hosted by the Knight Foundation, a non-profit dedicated to innovation in journalism.

Critics of the fee felt that this was inappropriate, tantamount to paying a plagiarist a hefty reward at a time when many hard-working and ethical journalists are struggling to find work. There were calls on Lehrer to donate the money to charity and for the foundation to apologize for the fee.

Initially, the foundation’s president, Alberto Ibarguen, said that the decision was not controversial to the organization and that they routinely paid higher speaker fees. However, after a public outcry, largely over Twitter, the foundation backtracked and apologized, saying it was a “mistake” to pay the fee to Lehrer.

However, Lehrer was not the first such plagiarist to cash in on his infamy nor was he the most well compensated. In 2003, Jayson Blair, famed New York Times plagiarist, was given a “mid-six-figure” advance for a book he planned to write. However, the book, Burning Down My Masters’ House, failed to sell well.

To be clear, most plagiarists don’t have these kinds of opportunities. There are no speaking engagements or book deals waiting for your average news reporter or researcher who is caught plagiarizing. They simply face a reprimand, possibly including the end of their career, and a near-permanent stain on their reputation.

But then there are plagiarists such as Lehrer and Blair, celebrity plagiarists whose notoriety before and/or after the scandal is high enough that there is widespread interest in them and their misdeeds.

Lehrer, for example, was well known before word of his misdeeds came to light. He was the author of three books and wrote for many prominent publications. He also had a strong, dedicated following to his work.

Blair, on the other hand, became well known through his scandal, which was so widespread it prompted the New York Times to print a 17,000-word article about his ethical lapses and caused two top editors at the paper to resign.

But more than infamy, there are also unanswered questions. When a scandal of this calibre strikes, readers instantly want to know “What happened?” and “Why?” However, if the Blair and Lehrer cases are any indication, answers are few and far between.

Still, this newfound fame and notoriety gives these plagiarists something of an opportunity. With their professional careers may be in tatters and a need to bring in money quickly, the temptation for the plagiarist to exploit this fame is easy to understand. The problem, however, is that companies and organizations, either maliciously or unintentionally, try to exploit that same fame and wind up rewarding a plagiarist.

But therein lies the problem with dealing with such celebrity plagiarists. First, they can potentially offer useful information, including clues on how to prevent similar cases. This stirs legitimate interest in their cases. More importantly though,  it’s unreasonable to expect such a plagiarist to never try and earn money again. They are not criminals and they need to find a way to support themselves and their families.

So how does a plagiarist whose stigma makes working in their chosen field all-but-impossible establish a new career without trying to parlay some of their infamy into it? The options are limited, especially for the extremely famous plagiarists.

Any career or attempt to make money by the plagiarist using their name will seem, to many, to be exploiting their plagiarism for personal gain. However, there’s a big difference between a six figure book deal and starting fresh in a new profession.

For example, Jayson Blair has, since his book, launched a new career as a life coach. Though he admits many people seek him out because of his notoriety, few seem to think that this is rewarding plagiarism.

Still, the lack of sales of Blair’s book and the outcry of Lehrer’s speaking fee makes it clear that the public does not want plagiarists to profit directly from their misdeeds. While this is understandable, it creates challenges for both those who want to study these cases and the plagiarists themselves as they try to move on.

Finding a balance in these cases is difficult and, though it’s clear the Knight Foundation overstepped it, it’s less clear where the line is. Plagiarists and those that wish to work with them post-scandal face a lot of murky waters and an angry public prepared to snap back if they tread the wrong way.

As Blair and Lehrer have shown, many who take the risk on working with a plagiarist post-scandal, pay for it dearly both financially and reputationally.