The Surprisingly Common Problem of Serial Plagiarists in Research 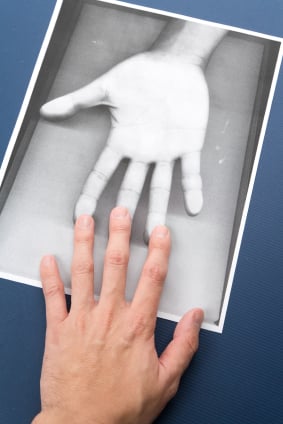 In 2013, plagiarism might, reasonably, seem to be an act of self-destruction. In an era where words can trivially be tracked and searched for, committing an act of plagiarism could easily be mistaken for an act of career suicide rather than a means to improve one’s reputation.

However, time and time again we find instances of researchers who don’t just fall through the cracks once or twice, but multiple times.

Take, for example, the case of Mahesh Visvanathan, a professor at Kansas University who, in late 2011, was censured by the Office of Research Integrity (ORI) at the U.S. Department of Health and Human Services for four separate acts of plagiarism, including three research papers and one poster abstract.

He and his co-director and sometimes co-author, Gerald Lushington, were eventually given two years of probation by the ORI. Their probation period will be over at the end of this year. After which, it will be interesting to see what becomes of the two researchers.

In another case, this one involving Italian researcher Bernardino Saccomanni, of Gabriele D'Annunzio University, Saccomanni was found to have published three research pieces and a letter between 2009 and 2011. The three articles were all published at journals owned by the same publishing company, indicating a possible weakness in internal controls.

But Saccomanni and Visvanathan are far from alone. A group of Tunisian researchers have made a reputation for plagiarizing oncology research, an Indian researcher has had four articles retracted over repeated self-plagiarism and, in a written case addressed by the Committee of Publication Ethics, a researcher submitted over half a dozen papers to a journal, all plagiarized.

Despite the advances in plagiarism detection technologies like iThenticate, and the availability of databases like Google Scholar, serial plagiarists remain alarmingly common. Researchers, who are able to take advantage of gaps in the review process to publish one or more papers, are able to build a reputation that often makes it easier for them to continue.

The truth is that publications often give preferential treatment to researchers who have been published before, especially those published at the same journal or publisher. The result of this is that, if a researcher is able to slip by once, they can often do so again and again as their research doesn’t receive proper scrutiny.

The problem is that, while editors and peer reviewers may have great policies and tools for detecting and stopping plagiarism before publication, those policies are often unevenly or inconsistently applied. Sometimes only applied to suspect papers or to a certain percentage of works.

The result is that, rather than a wall of plagiarism protection, these policies function more like a net, catching some instances but not all and, once a researcher gets through once, he or she has an easier time with future submissions.

The only way to truly stop serial plagiarists, or at least shorten the time they can operate (and minimize the damage that they can do to other research), is to be vigilant against the possibility. This means checking everything that’s coming in, ideally before it’s sent to peer review or as part of that process, rather than just before it’s considered for publication.

More importantly though, it’s going to require journals to have better communication with each other on matters of plagiarism and other ethical issues. Currently, if a researcher is rejected at one journal on the grounds of plagiarism, they can often simply resubmit to a different journal and slip through there.

These changes will not be easy for the research community but they will be important. As the increased pressure to publish not only raises the motivation to plagiarize, it also means that plagiarists who are successful will be more prolific.

Journals and publishers need to think about how to guard against serial plagiarists, not just as a means to prevent mass-retractions, but to reduce the waste of research funds and publication space.

The earlier a serial plagiarist is stopped, the better off all of academia will be.