Where does the responsibility for reporting plagiarism lie? 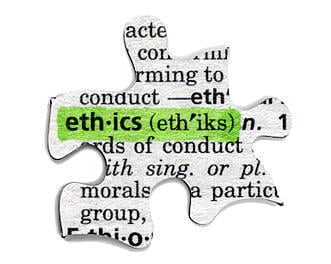 The United States Office of Research Integrity (ORI), in an effort to maintain tighter controls on plagiarism in the scientific community, recently ruled that Gerald Lushington, the director of bioinformatics at Kansas University in Lawrence, was guilty of plagiarism and research misconduct for not reporting a case of plagiarized material he had spotted in a research paper. His associate director, Mahesh Visvanathan, the person who submitted the plagiarized work, was also censured for misconduct.

The case brings up an interesting question. Where does the responsibility for reporting plagiarism lie? Lushington, the director of a research facility, should certainly have reported the incident when he became aware of it, but if the paper wasn’t complete yet, how did he know for sure that Visvanathan wouldn’t modify, paraphrase, or cite the source materials in his final draft?

Delving a little deeper, the story gets even more interesting. Visvanathan claimed that he is actually taking the blame for work done by one of his students abroad, yet another layer where responsibility could lie. The ORI, in their statement on the incident, said that Lushington was “not forthcoming” with the investigating committee and that both he and Visvanathan knew of the plagiarism after a university investigation into claims by the original authors had revealed it. That fact was the main reason why both men were censured.

In this specific case, the plagiarized material was discovered by the original authors. In similar recent cases, however, the ORI became aware of incidents of plagiarism after iThenticate successfully detected the duplicate material. One case involved a nursing researcher named Scott Weber at the University of Pittsburg and the other was on plagiarized research from neurology researcher Jayant Jagannathan at the University of Virginia. In both cases the responsible parties were censured.

The existence of plagiarism detection software and the aggressive stance of the ORI will certainly result in the uncovering of more instances of research plagiarism. The dilemma they will be faced with is how and where to assign responsibility for cases where more than one set of eyes has reviewed a research paper or project. In the case of Gerald Lushington, what about this unnamed “student abroad?”

The issue of holding a supervisor responsible for the actions of his employees or colleagues is not a new concept by any means, and the potential for abuse in cases where it’s in question is high. The US Office of Research Integrity is responsible for policing the integrity and actions of the scientific community in the United States, a difficult job to be sure. Are they doing it too well? Some feel that they are. Others feel that the actions taken in this case and others heard by the ORI are justified and proportional responses.

Red Wine Drinkers Beware - What You've Read May Not Be True