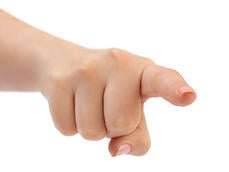 In August, we posted about an incident where the UK newspaper The Daily Mail faced accusations of plagiarizing from the popular comedy website Cracked. However, Cracked finds itself once against the center of a plagiarism scandal and, once again, as the victim, but this plagiarism scandal has a twist: The plagiarists managed to rip off Cracked’s articles before they were even published.

This was possible because Cracked utilizes a tool dubbed the Cracked Workshop, where prospective authors can pitch and submit articles for consideration. However, the posts are open and visible to other authors that have registered for the service and can remain visible there for months before publication (or rejection).

Two authors at another blog, WhatCulture, Shaun Munro and T.J. Barnard, were both members of the Cracked Workshop and had access to the articles submitted there. While it is not unusual for authors online to post to multiple sites, several articles they posted on WhatCulture bore close resemblance to articles that were submitted to the Cracked Workshop, including having the same premise and many of the same examples.

The plagiarism was spotted by Chilean author Maxwell Yezpitelok (Warning: Some Coarse Language), who often writes for Cracked and submits content to the Cracked Workshop regularly. He points to four specific examples, three for Muno and one for Bernard, where the two seemed to have taken ideas from the Cracked Workshop, including pulling items out of the original list, and submitted them as their own work.

However, because of the nature of the Cracked Workshop, the articles appeared on the WhatCulture site well before they ever appeared on Cracked. For example, in an article entitled “9 Brilliant Clues Hidden in the Background of Games” was pitched on April 13 via the Cracked Workshop but was not published until July 31. However, on June 21, Munro published his version entitled “10 Awesome Clues Hidden in Video Games”, which contained both several entries and several passages of text in common.

WhatCulture has responded to the allegations by both suspending the two authors involved and removing the posts in question. WhatCulture also offered compensation ($50) to the authors affected.

While the response from WhatCulture seems to have put an end to the dispute and headed off a larger plagiarism scandal, the incident does raise a larger issue. Considering that more and more writing is being done collaboratively online and it’s becoming easier for authors to access works that have yet to be published, it is very likely that cases of plagiarism involving pre-publication works will be on the rise.

These cases put victims in an awkward position. Given that the WhatCulture articles were published before the Cracked ones (even if they were written well after), it would have been easy to believe that the Cracked authors were the plagiarists, had it not been for Yezpitelok’s investigation.

This could have been especially damaging for the authors as the articles plagiarized were in a special folder for stories the editors at Cracked are looking to buy, meaning that they were already finalists. However, any planned payment could have been undone because, as Yezpitelok points out in his post, Cracked refuses to accept and pay for articles that have too many similar versions online. This means that it is possible the original authors of the articles could have been denied publication (and revenue) due to the fact their work bore too strong a resemblance to the writings of a plagiarist.

It also showcases how plagiarism detection tools can protect legitimate authors. If the authors in the Cracked Workshop had had their works scanned prior to the WhatCulture articles being submitted, it could have not only provided proof of originality, but third-party verification of what was submitted and when.

In the meantime though, the authors at Cracked are fortunate. Without the work of Yezpitelok, it’s very likely they could have been accused of plagiarism and had to defend themselves against those allegations. Though the Cracked Workshop also creates a strong authorship and evidence trail, it could have taken a great deal of time for that evidence to come to light and be accepted.

In short, if things have gone differently, it could have been the victims scrambling to defend their reputation, not their plagiarists.