How the Open Access and Open Source Movements Are Alike

Recently, the International Association of Scientific, Technical & Medical Publishers, commonly referred to as STM, released a set of model licenses for open access articles and journals.

Though the licenses are voluntary for STM’s 120 members, they created a controversy as some 58 open access advocates, including the Wikimedia Foundation (the organization behind Wikipedia), the American Library Association and Plos, signed an open letter asking STM to withdraw the licenses. 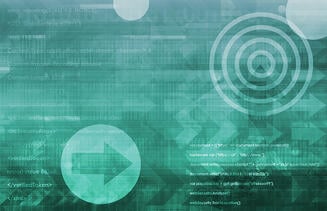 As reported by Paul Jump at the Times Higher Education, the letter signatories were concerned about STM’s barring the use of research for commercial purposes. To the signatories, the more common Creative Commons BY license (CC-BY), which allows virtually any attributed use, was the better fit for open access content.

CC-BY is required by the Research Councils UK for papers published through the “gold” open access route. Likewise, PloS hosts all of its content under the CC-BY license.

STM said they drafted their licenses in response to concerns about undesirable commercial use of research and the creation of derivative works, meaning new works based upon the original research. The STM licenses prohibit both but continues to permit private or personal copying/sharing as well as noncommercial republication.

Disputes about which licenses are best for open access or sharing of content are nothing new. The Creative Commons Organization, the organization that drafted the CC-BY license, offers a series of six licenses users can place their work under. However, only two of those licenses, CC-BY and CC-BY-SA, which requires those who make a derivative work to license the new work under the same terms (CC-BY-SA), are classified as “Approve for Free Cultural Works.”

But the dispute even predates Creative Commons and the open access movement in general. Open Source Initiative lists over seventy different copyright licenses for open source software, this includes nine that are considered “popular and widely used”.

Each of these licenses are different, often in very subtle ways. Some, like GPL, require derivative works to be licensed under the same terms, such as with CC-BY-SA, others do not, such as the BSD license. Which license is “better” or “more open” is a constant source of debate. Wikipedia, which itself is licensed under a CC-BY-SA license, has a series of charts that spells out the difference between many of the licenses.

In the 31 years since Richard Stallman published the GNU Manifesto, which largely kicked off the modern open source software movement and led the publication of the GNU General Public License (GPL) in 1989, many people have felt uncomfortable about requirements or restrictions and defined the term “open” differently. This led to the creation of other “open” licenses that were of varying compatibility to the GPL.

Open access is going through something similar. “Open” is a very relative term and any license that can be called as such is going to be more open than traditional copyright, which prevents nearly all copying.

But where the open source movement was a grassroots movement spearheaded by developers for developers, the open access movement is also being largely driven by governments and institutions wanting to ensure that their research dollars do the most good.

The open access licensing debates will likely not be resolved by publications or researchers, but by governments and other funding institutions. Currently, most open access policies focus more heavily on public access to information, rather than copyright issues, but that is changing rapidly and Creative Commons, which has a 13-year history, is a definite front-runner.

Still, as with the open source community, the definition of what it means to be “open” can change and may fragment as different people take different viewpoints. Most likely, it won’t be a “settled” issue for some time, if it ever is, but by looking at the open source movement, which is still alive and well, we can see that these issues, while important, don’t necessarily undermine the overall goal: The open and unfettered access to research and information.