The role of intellectual property in research has long been a divisive issue. Whether it’s questions of who owns patents based upon academic research or who holds the copyright in the research itself, researchers have often dealt with clashes between ideals about furthering knowledge in a field and the economic realities about funding and publishing research.

However, as the open access movement has grown, copyright has been particularly thrust into the spotlight. This has become especially important as divisions over which copyright license(s) to use have caused rifts among publishers and funders. 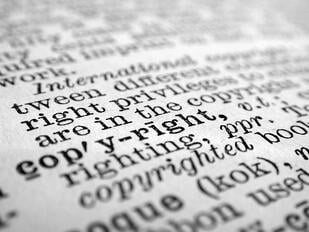 At the core of the license debates is Creative Commons, a non-profit organization that, despite 13 years of life, is just in recent years starting to have a major impact on research and research publishing.

As such, it’s worth taking a look at the Creative Commons Organization, its licenses and why interest in it has grown.

The Creative Commons Organization was founded in 2001 from a grant by the Center for the Study of the Public Domain at Duke University. The goal of the organization was to address what they saw as a serious problem with copyright, namely that it was very difficult for a willing creator to grant others blanket permission to use his work.

In this regard, Creative Commons was patterned after the already-prominent open source movement, which created licenses for software code that encouraged sharing, modification and open access to computer software. However, where open source licenses were ideal for software applications, Creative Commons was intended to work for other types of creative works, including text, images, audio and video.

Creative Commons aimed to achieve this through a series of licenses from which a creator could choose. Others who wanted to legally use the work could search for works under an appropriate license and take the license as a blanket permission. The creator and the user never had to interact.

Since the initial licenses in 2002, the Creative Commons Organization has overhauled them three different times, releasing version 4.0 in November 2013. In 2005, Creative Commons began an initiative to push the use of CC licenses in science and publishing, an effort that continues to grow today.

The Public LIbrary of Science (PLOS) is probably the best-known publisher to use CC licenses, placing all published works under CC-BY since 2003, with the launch of its first journal, PLOS Biology. However, others, including BioMed Central and Hindawi Publishing Corporation do so as well.

In its current iteration, Creative Commons is a series of six licenses varied in the rights that the copyright holder is retaining versus the ones they are giving up.

The attributes of these licenses are as follows:

This sets makes it so that there are six difference CC licenses that can exist. CC-BY, CC-BY-SA, CC-BY-ND, CC-BY-NC, CC-BY-NC-SA and CC-BY-NC-ND. Creative Commons also offers a CC0 license for those who wish to waive all copyright interest in a work, including attribution.

Most open access journals use CC-BY licenses, which are the most “open” of the traditional CC licenses and require only attribution when reusing the work, without placing any other restrictions on that reuse.

However, other CC licenses are often used, including the Nature Publishing Group, which offers CC-BY, CC-BY-NC and CC-BY-NC-SA licenses on its journals with open access options.

However, the basic idea is simple, the more modifiers a license has, the more restrictive it is. While CC-BY and CC-BY-SA are considered by Creative Commons to be “Free Culture” licenses, virtually any CC license can be viewed as an open access license as it allows the public to access the research for free.

Why This is Important

According to PLOS, over 1.2 million articles have been published under CC licenses, including some 720,000 of them under CC-BY. When PLOS claims that CC has become the de facto standard for the open access movement, it’s very right.

However, the STM Association, the publisher which brought about much of the recent controversy by introducing its own, non-CC, open access licenses, is also accurate when it says that CC licenses were “not specifically designed” for academic research. CC licenses have their origin in the creative field, hence the name.

But this doesn’t mean that CC licenses can’t or shouldn’t be used for research. When it comes to copyright, novelists and researchers face many of the same issues. If a CC license can work well on one text work, it can work well on a research paper as it is the type of content that is most important under copyright law.

After all, a license is only as good as how closely it is followed and used. Creative Commons may be a powerful tool, but understanding how it works is what will unlock its power.