A recent article in The Economist highlighted what is becoming a serious problem for many researchers: Copyright. 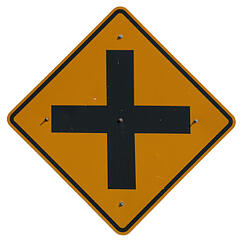 The issue is quite simple. Researchers, when submitting a work for publication, often sign over their copyrights to the work, meaning that they no longer own the work involved. As such, they are technically forbidden from making copies, publicly displaying or making derivatives of the work without the permission of the copyright holder, in this case the publication.

Historically, this hasn’t been a problem as some publishers routinely turned a blind eye to small-scale copying for their own benefit, if they were even aware of it. However, with the Internet, more and more researchers have taken to posting their work on their sites or their school’s sites, making them available to the public for free.

Though publishers have, for the most part, ignored this practice as well, that’s increasingly becoming less the case. In recent months, universities and researchers have been hit with Digital Millennium Copyright Act (DMCA) notices, which are sent to hosts of allegedly infringing content to get the work removed.

While the notices don’t indicate that a lawsuit or any more stern legal action is at hand, it is the first time publishers have struck back in a major way at researchers hosting their own work. In fact, it’s one of the first significant displays of copyright enforcement by academic publishers at all.

While academic publishers have been both slow and restrained in their efforts to stem infringements, especially when compared to other types of publications, the injection of copyright into research publication is very controversial.

For one, copyright can limit access to potentially important research, putting it out of the reach of the public or even other researchers who need access to it. This is especially controversial in cases where the original research was performed with public funds.

Second, it creates a serious problem for researchers when it comes to recycling their previous content. Though the ethics of self-plagiarism and recycling are still hotly contested, the law is much more clear. Reusing content that someone else now holds the copyright to could, potentially, be an infringement. Though there are no cases on record of a publisher targeting a researcher that did this, as the copyright climate in research becomes more tense, it is a very real possibility.

However, the copyright issues being faced by the academic publishing field are not unique to it. Other copyright industries have had well-documented battles over infringement. However, those have typically involved the consumers of the product, not the original creators.

While the open access movement can help address the issues that academic publishing faces, as can rules aimed at freeing up access to research performed with government funds, in the longer term publications are going to have to think of ways to work with researchers and to align their interests.

Right now, the relationship between publisher and researcher is somewhat tenuous and born out of necessity. But if publishers can pivot their services some, looking at researchers as clients, they can radically change that relationship.

This might mean doing more to help researchers produce better work, assisting more with promotion and providing reasonable access to published work. If publishers can do this, researchers will likely want to support their publishers, much like novelists and musicians do now (at least by in large).

Regardless, with academic publications starting to take an interest in copyright, it is going to be a growing issue in research. But while it is a looming challenge, it is also an opportunity for publications and researchers to work together to improve their relationships, define boundaries and draft more practical guidelines for working together.

The Surprisingly Common Problem of Serial Plagiarists in Research