Dr. Haruko Obokata recently became the talk of the stem cell research community. The lead author of a paper published in the journal Nature claimed that mouse stem cells could be created by soaking blood cells in a weak acid.  If those results could be replicated and reproduced in humans, it would pave the way for new treatments for a variety of ailments.

However, that optimism and excitement has now turned to 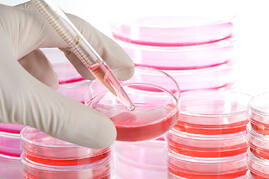 scandal and investigation. Allegations are now swirling that the paper has issueswith plagiarism and problems with the images that were included.

The issues have become so severe that Ryoji Noyori, a Nobel laureate and the head of the Riken science institute, where the research was performed, has publicly apologized for the flaws in the paper.

But exactly what those flaws are seems to be up for debate. Riken only released an interim report and said that there were problems in the paper but those problems did not amount to misconduct. It went on to say that further investigation is necessary to determine whether a retraction was necessary but did say that it was being considered.

As for the authors of the paper, they stand by the results. One of the co-authors, Dr. Charles Vacanti, said that the issues were “relatively minor errors” and should not distract from the “significant” findings. He went on to say that he doesn’t feel the paper should be retracted, though it may be appropriate to clarify it.

However, the stem cell paper is just one of the problems that Dr. Obokata faces. An anonymous blogger posted evidence that her dissertation, which was for her 2011 doctorate at Waseda University, contained plagiarized text.

According to the allegations, Dr. Obakata’s dissertation contains material almost identical to the U.S. National Institutes of Health website,  There are also alleged issues with images used in the dissertation, some of which also appeared in the more recent paper.

Regardless of whether or not Dr. Obakata’s research is plagiarized, the allegations have cast a pall across otherwise promising research. Furthermore, difficulties in replicating the results have further harmed confidence in the paper.

As for Dr. Obakata, with not one but two of her papers being questioned for plagiarism and other issues, there is a great deal of reason to be concerned. Dr. Obakata is a young researcher, and doesn’t have the lengthy publication history of many of her colleagues.

Where other researchers might be able to survive issues being found in two of their works because it represents a small portion of their career. In Dr. Obakata’s case, these issues are likely to follow her career for a long time moving forward. While it would be tragic to see a promising career derailed, it is exactly the threat facing Dr. Obakata and her work.