Azam had been accused of plagiarism in a paper he submitted and had accepted to the journal Environmental Geotechnics. The journal retracted the paper but decided against barring Azam from making future submissions saying that the case fell into a gray area. 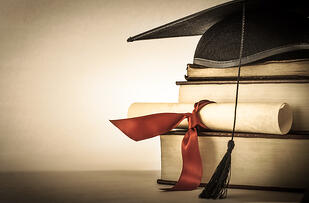 Azam’s school has said it is investigating.

But while that could be dismissed as just another case of plagiarism, what made it stand out was that Azam’s accuser is Arjun Paul, a former master student of his. According to Paul, Azam lifted content from his thesis for the article and a text comparison by the CBC shows clear similarities.

However, that same article also includes Azam’s response, which did little to quell the attention given to the case and, if anything, threw fuel on the fire.

According to Azam, there are clear similarities but it’s only because he largely wrote the passages involved in Paul’s thesis. He went on to criticize Paul’s work, saying that he “ Did not have the experience to select, analyze and interpret the data from the literature and draw meaningful conclusions.”

Azam claims that Paul’s thesis is largely comprised of two articles that he and Paul wrote together. Though Paul is listed as the primary author, Azam claims that he did most of the writing and that the text he is accused of lifting came from work he had done.

Paul, however, tells a different story and says that he wrote the papers and the thesis himself, submitting them to Azam solely for editing. He also notes that he received high marks in his classes and completed his degree without issue.

However, Azam’s case does call into question the power dynamics that come into play during such cases. After all, when a student, current or former, accuses their instructor of plagiarism, they are accusing someone widely considered an authority over them, either literally or metaphorically.

This is in stark contrast to most plagiarism allegations, which come either from someone considered an approximate equal in the field or a superior, such as a teacher accusing a student or an editor accusing researcher.

Those who accuse their former instructors face an uphill battle in having their cases taken seriously. Not only is the person they are accusing likely part of the system that will be investigating the allegations, but it can be difficult simply reporting someone that you respect and admire.

This case, and others like it, point to the need for independent and transparent plagiarism investigations. Without them, cases such as these can either be unfair to the accuser or give an unfair appearance of a cover up around the accused. Either way, the results of the investigation neither provide clarity nor resolution.

But as for Azam, even if he is being honest and originally wrote the text involved, not only should have he still cited the paper, as one always should when using their prior work, but he may have been complicit in plagiarism by Paul in his thesis.

That, in many ways, raises far more serious plagiarism questions than a simple case of reused text in a submitted paper. It could, for example, point to a much broader issue with plagiarism at the college.

So while Azam’s response was clearly an attack on Paul, it did little to quell the plagiarism concerns surrounding him at the University of Regina.

Survey: Over Half of Indian Doctors Have Observed Plagiarism