In a recent post on Retraction Watch, the Asian Pacific Journal of Cancer Prevention published a note by Yong Jiang, a researcher who sought to retract an earlier paper of his due to plagiarism issues. 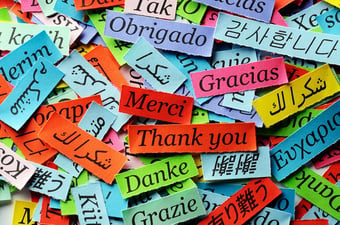 Jiang apologized for the plagiarism and added, “I am very sorry that this occurred but I sincerely believe this was due to negligence on the part of the translation company that I trusted to make my manuscript ready for submission.”

However, as the authors at Retraction Watch noted, Jiang has had other authorship issues with his earlier work. One paper in particular required multiple corrections, including the removal of four authors and addition of another. Such issues are not likely caused by a translation company.

But the case does raise an interesting challenge: What happens when an outside translator commits plagiarism?

The issue is likely to be a growing one. Research has become increasingly international with the rise of the Internet and English is the dominant language for major research journals. As such, researchers who don’t speak or write English well seek out third party translators or editors to help get their work ready for publication in English-language journals.

But what happens if those companies are less-than ethical and pulls text from other works as a shortcut to completing the translation? How does the scientific community respond?

The problem is pretty clear. Plagiarism is a grave sin for researchers because it indicates that at least some of the work is duplicative, opens the work up to concerns about the ethics that were followed and hurts the ability of others to verify (and possibly discredit) the work in the paper. But if the plagiarism exists solely in the translation and not in the original, none of those reasons apply.

To make matters worse, this is something of a nightmare scenario for researchers, being accurately accused of plagiarism without having done anything improper. Since the researcher needs the aid of translator, it’s unlikely they can easily check behind them to ensure that the work is accurate.

However, researchers still have responsibility for the finished product and, since their name is on it, they have the duty to ensure it is free of ethical failings. This includes those injected by coauthors, assistants and outside editors.

But more importantly, there needs to be a larger conversation about when and how we cite those that help in the writing and translating of research papers. While they aren’t the researchers and aren’t responsible for the work in the paper, their work can certainly impact the meaning and the ethical standing of it.

As such, greater transparency in who is responsible for the research paper not only benefits the editors and translators that do great work, but also researchers who may be come victims of those that do shoddy work.

In short, it’s a move that protects good work, both by researchers and editors, helping everyone publish better research.

The views expressed in this post represent my own and not the views of iThenticate.