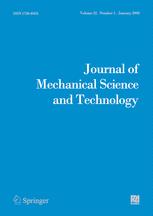 Karen Abrinia, Jafarzadeh’s co-author on the papers, explained the original plagiarism by saying that they were the result of images that were taken from other papers, She claimed the researchers sent out samples from the research to a 3rd party for microscopic photography but received back images from other papers.
However, none of this explains why the authors submitted yet another version of the same research to the Journal of Medical Science and Technology, which they did in 2015. That paper retracted for being duplicative of the first two papers, which in turn had already been retracted for plagiarism.

The net result for the authors is that they’ve had three papers retracted, two for plagiarizing from other sources and one for being duplicative of the first two.

When it comes to duplicate publication, those opposing it often object to wasted publication space and time of peer reviewers. However, this case, despite being an extreme example, highlights another risk, the possibility that problematic research goes unretracted.

Jafarzadeh’s latest paper was published in February 2015 and retracted in July 2015. In that time it had only been cited once. However, if the duplication had not been spotted, it’s very likely that the paper would still be available, despite the fact that it’s based on research that had previously been retracted.

While duplicative publication is often done in a misguided attempt to give more exposure for existing research, it can also expand the reach of problematic research.

If there is any issue with a study, whether it was malicious or not, publishing it in two journals (or even two editions of the same journal) makes it far less likely that it will ever be fully retracted. This applies equally to plagiarism, falsified results or simple errors.

This is a big part of why most journals require either exclusivity of the paper or that any previous publications be disclosed, not only to avoid wasting space, but to ensure that any needed retractions are made.

It can be difficult enough to get one version of a problematic paper retracted, getting multiple versions can be nearly impossible.

As for Abrinia, she says that the research in the papers does hold up in spite of the retractions for plagiarism and duplicative publication. However, it’s unlikely we’ll ever really know as the issues with the papers make them impossible to have confidence in.

While this may be a convoluted example of plagiarism and duplicative publication sidelining good research, it was an easily avoided error that Jafarzadeh and his co-authors failed to avoid.