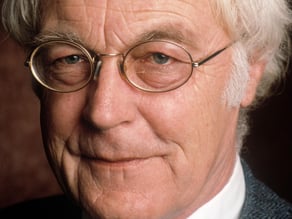 However, following allegations of plagiarism, Prowle has withdrawn himself from consideration and returned his £1,000 ($1,500) prize. This comes after the Dutch poetry site Nederlandse Poëzie Encyclopedie accused Prowle of plagiarizing all five of the poems he entered from translations by James Brockway and Willem Groenewegen.

A comparison of the work shows significant similarity between Prowle’s work and the earlier translations. Including many duplicated lines and some whole stanzas reproduced nearly verbatim.

The case has sparked an ongoing dialog about the nature of translated poems. In much of the poetry community, translators of poems are considered creative writers akin to the original authors.

The task of taking a poem from one language and translating not just its words, but its images, metaphors and symbols into a another language is a great challenge. Because of this, translated poems often end up looking very different from their source material and two translations are often very different from one another.

In short, a translation of a poem is rarely a direct word-for-word translation, but is instead a reinterpreting and re-imaginging of it in the context of the new language.

That being said, with common sourcing and many translators making use of earlier translations with their work, there is some degree of overlap and similarity expected. Still, most people felt that Prowle’s work went well beyond what is acceptable and those making the accusations question whether he speaks the Dutch language at all.

Translation issue aside, the scandal is yet another hit for the poetry community in recent history. In 2013 alone there were several scandals including one involving multiple poems by author David R Morgan, at least one of which won an award, and poet CJ Allen, who was forced to withdraw from the Forward Prize, for which he was on the shortlist.

But while plagiarism in poetry hasn’t been major news in the past two years, it’s been very much on the mind of editors and judges, who have been increasingly active in checking submissions for plagiarism.

And that is no small feat. Poetry is a format that’s notoriously difficult to check, with short lines and stanzas that are easily manipulated by plagiarists. Short works of derivative plagiarism are among the most difficult to spot.

To make matters even more complicated, poetry is often self-referential and deliberately pulling from its own history without attribution. Cento poetry, for example, is a type of poetry that’s comprised entirely of the works of others with the aim of creating something new.

Still, the community has been doing better and has made great strides. The story of Prowle is a reminder that there will always be plagiarists pushing the boundaries of ethics in the field and, to that end, editors and judges must always remain vigilant.