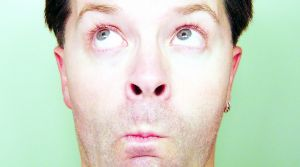 We’ve covered a vast array of plagiarism in the news, ranging from cases in politics, research, journalism and academia.

One common thread among nearly every individual case is an excuse. Every plagiarism perpetrator claims to have unknowingly or unwittingly duplicated someone else’s work.

In other words, they’re saying it isn’t their fault.

For that reason, I thought it might be helpful to compile a list of the most common excuses for plagiarism, as well as determine how each case could be avoided all together.

1.  The Misunderstanding: This may be the number one excuse for plagiarism.  After getting caught in the act, the individual replies “I didn’t think that I was doing anything wrong.” This most often occurs in an academic setting. It might be something as simple as omitting a citation. It also could be something that’s confusing to many (e.g. the issue of self-plagiarism).

This is probably the easiest excuse to fix. It simply requires a little research on what constitutes plagiarism. One of the best resources for this is plagiarism.org, which provides guides on proper citations, links to plagiarism detection tools and an in-depth FAQ to answer related research questions.

2. The Lapse of Judgment: This is an excuse often employed by professionals. In a field like journalism or research, plagiarism is a major breach of ethics and company policy, so the individual here should be well-educated on what constitutes plagiarism. They’ll say something along the lines of “I know I made a mistake, but it’s not going to happen again.”

This is pretty much an admission that the plagiarist knew that they were doing something wrong, but they went ahead and did it regardless.  The proper prevention for this lapse of judgment is the knowledge that most of the time a single instance of plagiarism can result in dramatic consequences.  Any professional working for a larger institution knows that these companies have standards to uphold and making an example of a plagiarist is common practice, even if it’s a first offense.

3.  The Big Escape: The internet might be to blame for this common excuse (although most plagiarists won’t say this one out loud). People often think that because of the vast amount of resources and publications on the web, copying a little here and there will most likely go undetected.

This may have been the case several years ago, however today technology presents many options to identify content misuse and duplication – from Google to myriad online plagiarism checkers and plagiarism detectors like iThenticate and WriteCheck. Be wary of thinking this excuse will pass muster.

4.  The Force of Nature: This excuse is the equivalent of “the dog ate my homework” from our early school years.  People blame external factors on their wrongdoing, from not getting enough sleep the previous night to simply getting too much pressure from their bosses to produce on a deadline.

This is the quintessential excuse because the plagiarist can project elsewhere – it was something else that caused them to plagiarize. People who make this excuse need to learn to take responsibility for their actions and realize that dodging blame will only make them look worse in the end.

5.  The Honest Mistake: Is there really an ‘honest mistake’ case of plagiarism? Sort of. Cases of plagiarism come in two stripes, with one side of the spectrum representing the most egregious and malicious cases of plagiarism, and the other side representing more innocent and incidental cases. Thorough editorial review can eliminate most of the latter these instances, but even the best editor is fallible. If it’s truly an ‘honest mistake’, a swift apology and a swifter correction usually makes things right.