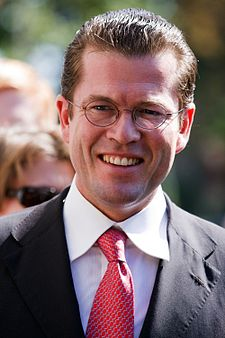 A recent case in the news involves Germany’s Defense Minister Karl-Theodor zu Guttenberg, who allegedly plagiarized his PhD dissertation in 2007.

Many pundits in Germany are calling for Mr. Guttenberg to step down from his post due to the incident, however he has apparently decided to stay put.

Even though Mr. Guttenberg’s PhD may get revoked, Berlin’s Chancellor Angela Merkel is still placing her confidence in him.

Merkel made an official statement on the situation, although she didn’t directly discuss the plagiarism within Guttenberg’s dissertation:

“I appointed Guttenberg as defence minister. I didn’t appoint him as a research assistant or doctoral student or a holder of a degree. I’m concerned with his work as defence minister and he is accomplishing that excellently and that is what counts for me.”

This response brings up the question:

Does a past case of plagiarism speak to a person’s ability to perform their current job adequately?

One could say that Merkel may not have appointed Guttenberg in the first place if she’d known about his somewhat duplicitous past.

Also, would she have appointed him if he didn’t have the credentials that come with a highly-touted PhD in Law?

In the past several years of American politics, several politicians have resigned over plagiarism allegations.  Some of these resignations likely came with the knowledge that their re-election would be unlikely after a moral tarnish on their political resume.  Voters might come to the assumption that if a politician decided to take short cuts in an integral part of their career, who is to say they won’t do it again?

German pundits as well as the German voting public may be making that same assumption: if Guttenberg indeed plagiarized a large portion of his PhD dissertation, which was an integral part of his higher education, then how can he be trusted to make the right decisions throughout his career as the country’s defense minister?

Even though Guttenberg may be a fine defense minister, why should a country’s voting public have to ‘settle’ for an official with a less than stellar past?

An act of plagiarism is a single occurrence, but can speak volumes about an individual’s moral character and work ethic.

Although Chancellor Angela Merkel has some sense in saying that the plagiarism doesn’t directly correlate to Guttenberg’s future work as Defense Minister, it also would be ignorant to ignore his past mistakes completely.

Update:  A BBC article has since indicated that the University of Bayreuth has stripped Guttenberg’s doctorate saying he had “violated scientific duties to a considerable extent”.  Merkel continues to endorse her appointment.