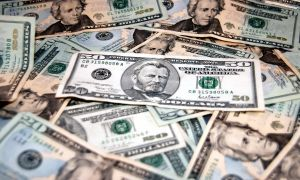 One of the biggest plagiarism law suits of the decade continues to make headlines in the UK and internationally. Billionaire ‘Harry Potter’ author J.K. Rowling and her publisher Bloomsbury Publishing PLC face an ongoing law suit coming from the estate of a now-deceased fantasy writer.

The Estate of Adrian Jabobs, who wrote and published the child’s book ‘Willy the Wizard‘ in 1987, claims that Rowling stole many of the ideas central to his books.

Given the massive global success of the Harry Potter series, this lawsuit could reach into the billions of dollars in claims and be opened in every country where the books were published.

Of course, this isn’t the first time that Rowling has dealt with claims of plagiarism over her Harry Potter series.

A Wikipedia entry entitled ‘Legal Disputes Over Harry Potter series,’ details a long history of allegations over Harry Potter.   In fact, most of the entries deal with Rowling exorcising copyright claims against unauthorized versions of Harry Potter – everything from a Chinese-language sequel to the legions of fan fiction sites that popped up online.

With the ‘Willy the Wizard’ case, the tables seem to have turned on Rowling; accusations of plagiarism are being thrown at her this time.

However, how justified is this law suit?

The basis of the case relies on several concepts that were allegedly taken from Willy the Wizard – including “Wizard Trains, International Gatherings of Wizards, and Wizard Chess,” among other wizard-related themes.  The Estate of Adrian Jacobs also claims that his former literary agent Chris Little ended up working with Rowling and providing her with Jacobs’ ideas.

It is very unlikely that this suit will be successful due to a lack of specific evidence, as well as the broad nature of the claims.  ‘Wizards’ as a concept have been around since ancient mythological works such as Gilgamesh and The Odyssey.  It is most likely circumstantial that wizards as characters happen to be doing similar activities within the two books in question.

Similar examples of parallel mythological and pop-culture themes can be found across various books and media, including the famous Star Wars / Star Trek comparison. Taking that example even deeper into the past, Star Wars creator George Lucas admits to borrowing many themes from the films of Japanese Director Akira Kurosawa.

The transmission of concepts, ideas, and themes are less likely to be plagiarism and more likely a case of influence, inspiration or broad topical relevance.

In the case of Willy the Wizard v. Harry Potter, unless there is a very specific instance of duplicate content that comes to light, it most likely will not be successful.