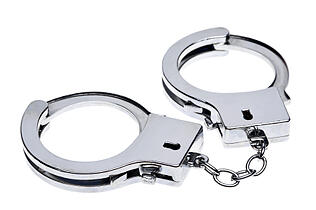 In Poland, a Catholic priest and a Professor at the University of Lublin is facing accusations that he plagiarized portions of a volume he wrote entitled, “The Evolution of Polish Church Law Until the 19th Century in the Light of Codification.”

The author, currently only identified as Stainislaw T. due to Polish privacy laws, steadfastly denies the allegations but has already been placed on unpaid leave by his University. However, he may have a much more serious issue to worry about, the fact that he is being investigated by a local prosecutor and may face up to three years in prison for the alleged plagiarism.

The reason is because Polish criminal copyright law is so broad that it threatens jail time for any infringement, no matter how minor. In fact, in 2008 priests were threatened with jail time if they plagiarized their sermons.

But while these threats turn heads in the United States and most other countries, a criminal copyright code is present in almost every nation. In the US, for example, prosecutors can choose to pursue criminal charges on any copyright infringement that is both commercial in nature and involves goods with more than $1,000 in retail value.

However, typically, prosecutors are reluctant to pursue criminal charges over all copyright cases but the most extreme. Most cases of criminal copyright infringement in the US involve things such as large file sharing sites and DVD piracy rings.

For this reason, a criminal case to come out of a plagiarism matter is rare, though it can theoretically happen.

For one, if you were to distribute illegal copies of the Harry Potter books with your name as the author, that would be both plagiarism and, most likely, an infringement large enough to warrant a criminal investigation.

This makes sense because plagiarism is a deception and fraud is basically a deception for some kind of personal gain.

Still, none of this is really a matter of plagiarism itself being a crime (in the legal sense of the word). No country has a crime of named “plagiarism”. In every case, the real crime is copyright infringement, fraud or something else with plagiarism just being part of the act.

As such, much of this winds up being theory. By the time plagiarism matters become criminal ones in most countries, the plagiarism itself is usually just a side note to the tale, if it’s mentioned at all.

For better or worse, in most of the world the act of plagiarism itself is handled solely as an ethical matter with plagiarists facing editors, disciplinary boards and the court of public opinion rather than a court of law.

On one hand, this leaves industries to set their own standards and hand down the punishments they see fit. Those punishments are often much more harsh than what’s available in a court of law, especially when you look at researchers and journalists who have had prominent careers end over allegations.

But it also means that, in the absence of a plagiarism tariff, the punishment is often uneven and unpredictable.

However, this doesn’t mean that criminal punishment, even in the rare cases where it is applied, replaces the judgment of peers and industry. Instead, it’s added to it, as with the case in Poland.

Because of this, criminal prosecution of plagiarism is typically reserved for the cases where the traditional means of handling the issue are inadequate, such as cases of extreme fraud.

In that light, the lack of criminal prosecution of plagiarism cases should be seen not as a sign that plagiarism isn’t important, but as a sign that the current system handles it appropriately. This should give those dealing with plagiarism pause because it places an immense responsibility on that role in all fields and that role is going to continue to become increasingly important as time goes on.