When it comes to punishing plagiarists, we hear a great deal about how plagiarism can impact one’s career, result in the retraction of papers or in academic punishments if the accused is a student. In extreme cases, we hear about infringers being accused of copyright infringement and being sued in civil court. 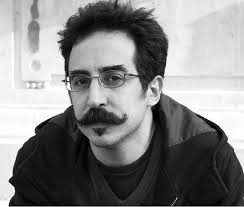 However, we almost never hear about cases of someone being charged criminally and facing jail time over plagiarism. Still, that’s exactly what Argentine author Pablo Katchadjian is facing.

In 2009, Katchadjian published a short book entitled El Aleph Engordado (The Fattened Aleph). It was a remix of another popular short story by Jorge Luis Borges entitled The Aleph. Where Borges’ work was 4,000 word short story, Katchadjian expanded upon it, adding some 5,600 words to it and making it a small book.

It’s clear that Katchadjian never had big plans for the book. His publisher only ran 200 copies of it, which were distributed mostly to friends. However, in 2011, Maria Kodama, Borges’ widow, filed a lawsuit against Katchadjian for his use of Borges’ work.

Initially the lawsuit was dismissed but Kodama kept after the case and got an appeals court to take it. That court levied a criminal charge of “intellectual property fraud” against Katchadjian and also froze his assets, imposing an 80,000 Peso (c. US$8,800) embargo on him.

If found guilty, Katchadjian faces up to six years in prison.

Though, given the facts, it’s highly unlikely Katchadjian will go to prison, the case has still drawn a great deal of criticism.

PEN International and PEN Argentina, author associations that aim to protect freedom of press, have both issued statements condemning the decision and calling on their members to take action. Author Cory Doctorow has also written on the case, noting that Borges’ own career was rife with remixes and reimaginings.

However, when it comes to author and literary integrity, the case raises some difficult questions, the largest of which is: “Did Katchadjian actually commit plagiarism?”

A postscript to the Katchadjian’s book indicates that his work was an expansion of Borges’ short story. While it doesn’t say what words were in the original and which were added, it, at the very least, seems like an attempt to acknowledge that it was built on Borges’ previous efforts.

As Charles Hartman at the London Review of Books wrote, “Defining plagiarism is trickier than you might think, but most of the time we distinguish it from other kinds of copying (allusion, quotation) fairly easily: it’s plagiarism if the copyist hopes no one will notice.”

So while there may be some legal recourse, calling Katchadjian a fraud seems to stretch the definition of the word. Though it’s unlikely he’ll actually spend any time in jail, the long-running case and having his assets frozen are not insignificant problems.

Still, it isn’t the first time we’ve seen a case like this. In 2008, priests in Poland were threatened with jail time for plagiarizing their sermons because of the nation’s broad criminal copyright code. Following that, in 2014, an Indian professor was briefly jailed over allegations that he aided in  the plagiarism of research.

To be clear, cases like these are exceedingly rare but, in all of them, the threat of criminal sanction does more to distract from the issues than discourage the act. That is also the case here, where legitimate questions and concerns about remixing and attribution are sidetracked by outrage of the threatened, if unlikely, punishment.

Simply put, no matter how egregious plagiarism is, the punishment has to be proportionate. Otherwise, the punishment of plagiarism, along with the entire process for handling plagiarism, loses its legitimacy. That’s what happened with the cases in India and in Poland. It’s what is happening in Argentina too.