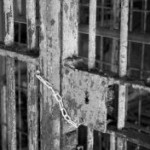 A recent article from Times Higher Education discusses a new ‘Tariff’ that academics in the UK are proposing that will lay out a universal system of penalties for university students that plagiarize.

The Tarriff proposal, which is posted in full on PlagiarismAdvice.org, states that the current penalties for plagiarism vary too much from university to university around the world.

“Studies in this area have found high levels of inconsistency in the penalties universities employ to punish students who are found guilty of copying, with wide variations between, and even within, institutions.”

The outcome of such a system within the academic world brings up the plausibility  of a similar universal system of punishment for plagiarism within other sectors, such as publishing and research.

Plagiarism is a crime – that is a fact.

Just like with other forms of theft, the legal penalties for the crime vary depending on the severity. Going into a store and stealing a pack of gum is a lesser offence compared with stealing a car.

Most cases of plagiarism are considered misdemeanors, punishable by fines of anywhere between $100 and $50,000 — and up to one year in jail. Plagiarism can also be considered a felony under certain state and federal laws. For example, if a plagiarist copies and earns more than $2,500 from copyrighted material, he or she may face up to $250,000 in fines and up to ten years in jail.

Although the legal ramifications of plagiarism are clearly spelled out, the actual outcome of such cases of plagiarism within industries like publishing and research aren’t always so clear.

For example, many recent cases of newspaper plagiarism simply end with the offender ‘resigning’ from their position at the company.

For the publisher, it’s usually best to make the story go away quietly to prevent the reputation of the company from being harmed.

What if a universal system of penalties was established within these industries?  The system could clearly spell out punishment for plagiarism – even determining which offenses would be ‘pushed’ toward criminal prosecution.  Although this seems like a sound idea, the effectiveness of the approach – bringing punishment to the forefront of the plagiarism problem – is debatable.

The situation falls within the realm of punishment vs. prevention.  Instead of spending resources to push penalties and punishments within these industries, the resources could be allocated towards preventing plagiarism from happening all together.

The first step to preventing plagiarism is to educate people about what plagiarism is, why it is wrong and how to properly cite sources.  The second step to prevent plagiarism is to utilize detection software that can accurately weed out instances of duplicate content prior to distribution.   This effectively prevents any damage from being done because the plagiarized content never gets beyond a company’s walls.

Perhaps a two-fold approach would be best: moving towards a more universal system of plagiarism penalties within industries while also doubling up the effort by preventing plagiarism before it happens through education and technology.

Plagiarism in the Cyber World