The Liability of Scientific Retractions 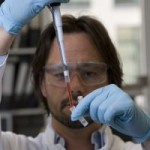 Scientific American recently published an article that discusses the effect that scientific retractions have on public opinion.

The piece focuses on the Lancet’s recent retraction of Andrew Wakefield’s 1998 paper that linked childhood vaccinations to autism diagnosis. The paper was retracted based on the  discovery that some of the research was fabricated and not done according to approved protocol.

Since the paper’s 1998 release, a sizable percentage of the public has become fearful of vaccinating their children. Even after the retraction, it is questionable whether the public opinion can ever be rectified.

This is an essential problem with retractions: after initial findings are released, some percentage of the public may never change their mind even if the research is proven ‘bad.’ Retractions also undermine scientific research in general and feeds the growing skepticism recently directed towards the scientific community.

Scientific American reports that the number of retractions have been increasing:

In 1990 just five of the 689,752 scientific papers published were retracted, according to data from Thompson Reuters’s “Web of Science” database, courtesy of Times Higher Education. By 2008, however, that number had increased to 95 papers out of the 1.4 million published.

The article notes that the increase in retractions may be due to a more stringent editorial process and the use of plagiarism detection software (rather than an increase in actual cases of scientific misconduct).  Although plagiarism software may be pushing the number of retractions by detecting ‘bad’ research after-the-fact, this isn’t the true strength of the technology.

A plagiarism checker like iThenticate is designed to catch misconduct and plagiarism prior to submission,  preventing the need for retractions.  iThenticate differentiates itself from any other plagiarism detection product on the market by utilizing a scientific comparison database with over 26 million articles from 80 global scientific, technical and medical journal publishers. A few of the notable publishers include Elsevier, IEEE, Nature Publishing Group, Wiley-Blackwell, Taylor & Francis (Informa), and Wolters Kluwer Health.

Integrating iThenticate into a scientific editorial process is fast and easy, and can have drastic effect in preventing ‘bad’ research from slipping through the cracks.

Reducing the number of  retractions not only helps the scientific community’s image as a whole, but also gives the public a more accurate view of scientific development.

Interview: iThenticate Is A Safety Net For Our Assessment Reports