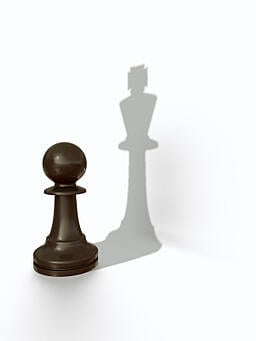 In 2011, The Scientific World Journal was excluded from the annual Thomson Reuters Journal Citation Reports for being an accomplice in a ‘citation cartel.’  Phil Davis over at the Scholarly Kitchen first uncovered evidence against the Scientific World Journal for excessive self-citation practices along with two other journals that shared common board members: Cell Transplantation and Medical Science Monitor.

This past occurrence has more recently lead to The Scientific World Journal taking unprecedented action by retracting two of their own papers after finding a number of self-citations in them with the clear goal of improving impact factor rankings.

According to SWJ publisher Hindawi, the articles include a number of references “whose primary purpose was to manipulate the citation record.” According to their “Policy on Plagiarism, Duplicate Publication, and Citation Manipulation,” this rejection should have happened immediately, but the two articles in question had already been published, leading critics of the journal to question whether or not it was simply a reaction to the previous year’s Thomson Reuters exclusion.

The Scientific World Journal is not alone in suffering from Thomson Reuter’s exclusions. This year, the omission list included a total of fifty one journals, including the Medical Science Monitor and the Law Library Journal. On the surface, this would seem to be a crackdown by the leader in published impact-factor rankings, but Thomson Reuters has a history of banning journals and then allowing them back on to the list a few years later, regardless of whether action has been taken.

In general, there are ethically sound reasons for self-citation.  If an article is created for the sole purpose of disseminating information and research, a self-citation is in order. If it is composed with the intent of garnering additional citations for the sake of academic credit, it is not only improper, it’s a gross violation of the editorial policies of most journals and undermines the academic credentials system in general. Does this trend towards self-promotion indicate a decline in scientific integrity?

According to Thomson Reuters, the number of self-citations in one hundred forty academic journals makes up over 70 percent of the overall total in each of them. One in every five journals has a self-citation percentage of over 30 percent. The problem is so prevalent in academic circles that one professor, Allen Whilhite, an economist at the University of Alabama in Huntsville, suggested that Thomson Reuters remove self-citations altogether from its calculations, eliminating the incentive to include them.

One of the banned publications this year, Journal of Biomolecular Structural Dynamics (JBSD), had actually raised their impact-factor rank from a low 2009 number of 1.1 to 5.0 just a year later. Thomson Reuters even profiled them in a “Rising Stars” segment, but then retracted the interview when they discovered the presence of an inordinate number of self-citations. According to JBSD editor Ramaswamy Sarma, the journal has since “discontinued its policy of encouraging student education by including self-citations and its self-citations will go back to an acceptable range.”