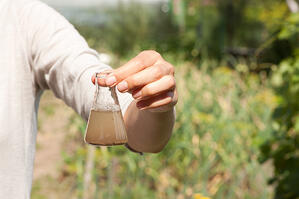 The school took the action against its former employee following an investigation by the Kansas Geological Society, which, according to the censure notice, said that Sophocleous, “Has been found to have engaged in scholarly misconduct, relating to plagiarism and self-plagiarism of text.”

The censure went on to list seven specific articles written by Sophocleous that the school had found issue with. In addition to the public censure, the school also requested that the journals where the papers had been published retract the works involved.

In April of 2014 one of the publications, Ground Water, retracted two of Sophocleous’s papers, one from 2011 and one from 2012.

However, since those retractions, two more journals, each with two papers by Sophocleous, have posted editorial notes indicating the problems with the papers, but are declining to retract them.

The first, Hydrogeology Journal, said that they conducted an independent review and found that, while Sophocleous did copy passages without quotes, he did cite the sources, even if he didn’t indicate the text was copied.

The second, Journal of Hydrology, said much the same, indicating that, it felt the matter was best resolved with the editor’s note, especially since the papers were review papers and depend heavily upon paraphrasing previous work.

But the passage that caught the most attention was from the Hydrogeology Journal statement. It said:

“In deciding how to respond to the retraction request, the EE has also considered the value of these two articles to the scientific readership. Both articles are reviews of their subject matter, not presentations of new scientific results. These HJ articles are highly cited and indeed, one is among the most highly cited of all time in HJ. Thus, both articles were and are still of clear value to the scientific community. Therefore, the EE has concluded that retraction would be a disservice to the community.”

To be clear, the need for retraction in these cases is certainly debatable. Retraction is a very serious and final act that should only be used when necessary. However, the idea of treating papers with “value to the scientific community” different from those that do not, risks creating a double standard for ethics in research.

If there are infractions that a highly cited paper can slide on when a less-cited one can not, it means that there are two metrics in which a paper are judged. Even worse, the standard of having “value to the scientific community” is very vague and almost impossible to define.

Whether or not retraction was called for in this case, the number of citations a paper has should not be factored in to whether or not it is retracted. While it is idealistic to say as such, many outside variables impact acceptance and retraction decisions (editors are human after all), it certainly shouldn’t be a codified rule.

We can’t have a two-class system when it comes to the ethics of our research. If an action is appropriate for a paper with very low impact, it should be equally applicable to those with a very high impact.

Simply put, work done without proper rigor is not of value to the scientific community, regardless of how many times it has been cited.

Reducing the Risk: Educating Scholars on Ethics and Plagiarism