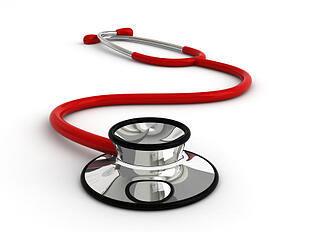 The past decade has seen a scary increase in the number research paper retractions. The Journal of Medical Ethics published a study last year that examined close to eight hundred retracted research papers.

The study yielded eye opening results such as:

We’ve already discussed how research retractions can harm public opinion even after-the-fact, as was the case with the Andrew Wakefield’s retracted 1998 paper that linked childhood vaccinations to autism.  Some might argue that the public consensus on the vaccination-autism link has never recovered from that debacle.

However, new findings also suggest that research retractions could potentially harm the public itself. Fabricated research that is later retracted can impact subsequent studies and testing on human patients in a substantially harmful way.

R. Grant Steen of the Journal of Medical Ethics published a study last month with the goal of answering that exact question: Can the flawed research from retracted papers potentially harm patients?

“Many patients are put at risk by retracted studies. These are conservative estimates, as only patients enrolled in published clinical studies were tallied.”

Steen’s research examined 180 retracted papers that involved 28,000 patients.  Of those 28,000 people, 6,573 patients received actual treatment. The scary part is those 6,573 received their treatment under the pretense of fraudulent research papers.

There’s no current proof that the retracted research has led to a patient’s sickness or death, however the potential appears to be there.  The result of a wrongful death due to a retracted paper could mean massive legal repercussions for liable parties as well as potential criminal infractions aimed at the researchers involved.

In addition, such an incident would further deteriorate the public’s trust of good research.

This truly is an example of ‘great power involves great responsibility.’

Once published, research can trickle down to any number of scientists and medical professionals who might utilize it.  Authors, academic institutions and publishers need to continue to make research integrity a priority.

Should Copyright Protect Ideas or Words in Academic Publishing?