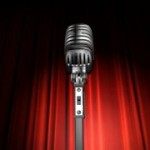 Comedians have been facing problems with a recent surge in internet plagiarism.  Stand up comics make their livings through their jokes.   Just as a writer creates a story – short or long – comedians spend countless hours crafting their humor and honing their jokes for the sole purpose of raucous laughter upon delivery.

However, comedians are currently facing an uphill battle to preserve their jokes, or intellectual property, as their own.

The Internet has created a variety of tools for jokes to be easily distributed without attribution.  From a bevy of joke sites to social media tools like Twitter, jokes are getting passed around without a thought for the comedians who created them.

The Independent recently published a piece highlighting how the Internet is hurting many comedian’s acts.  In the article titled ‘Plagiarism is No Laughing Matter for Comedians,’ Gary Delaney, a British comic, provides his thoughts on joke plagiarism:

“It used to be the case that a comic’s set would last decades. But now I’ve got jokes I wrote in May, June and July that aren’t working by October because they’ve been absolutely trashed around the Internet.”

From a legal perspective, jokes are often more difficult to protect than traditional forms of content because they are spoken out loud.  Many comedians have taken to recording or writing down their jokes before using them on stage in anticipation of future copyright protection.

Jokes, satires, parodies, and humorous stories are all also often published online, where they run an even higher risk of getting infringed on.

For a comic with a routine to depend on (and a written copy of their joke), it would make sense to utilize software like iThenticate to check for any duplicate content online.  Comics like Delaney could pinpoint any online locations where instances of duplicate jokes existed.

In addition, plagiarism checker software can also come in handy for any jokes, funny stories, parodies or satires that are set to be published by predetermining if there are any content matches out there already.

Green, Chris. “Plagiarism is no laughing matter for Comedians.”  The Independent 11 Nov. 2009 http://www.independent.co.uk/arts-entertainment/comedy/news/plagiarism-is-no-laughing-matter-for-comedians-1818222.html