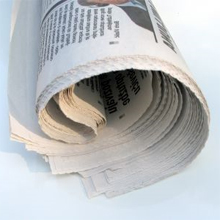 The Hartford Courant came under fire earlier this month for plagiarizing the stories of several of their competitors, including the Bristol Press and Britain Herald.

The plagiarism charge included using both attributed and non-attributed information from other local papers.

Richard J. Graziano, the Courant’s CEO and Publisher, recently admitted to the plagiarism accusations and went on to make a public apology in the Courant.

From the Hartford Courant:

“In short, after an extensive internal review, we have determined that over the last several weeks The Courant plagiarized the work of some of our competitors. This was not our intent, but it is in fact what happened. We are taking corrective action to prevent it from happening again.”

The apology and admission of plagiarism is a good start to rebuilding the Courant’s reputation.

However, the most important part of Graziano’s public statement is his goal to prevent plagiarism from ever happening again.  Preventing plagiarism before it happens is an important and feasible goal for a paper like the Hartford Courant.  Not only could the Courant’s editors be more diligent reviewing stories and managing their writers, but they also could readily utilize plagiarism detection software like iThenticate.

iThenticate is a plagiarism checker tool that is already utilized by a number of publishing and media outlets.   No matter where the content for a publication is coming from (staff writers or free-lancers), iThenticate provides the software to check for duplicate content.

The digital age is making it far more difficult for newspaper editors to check and review content for cases of plagiarism.   iThenticate can supplement their existing review process and further ensure nothing gets through the cracks.