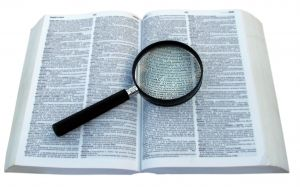 It might sound like some sort of league of superheroes, but not everyone is keen on the so called ‘plagiarism hunters.’

The namesake has gained traction lately in relation to a group of anonymous internet activists that brought down newly anointed German defense minister Karl-Theodor zu Guttenberg for plagiarism they found within his PhD dissertation.

The plagiarism hunters then went after German vice president of European Parliment, Silvana Koch-Mehrin, claiming that her thesis also contained a large amount of plagiarized material.

One problem that detractors have is with the anonymous nature of the plagiarism hunters.  A recent Reuters Canada article interviewed several legal professionals on their opinions of the activist group.

It’s one thing if the plagiarism charges are an accusation without evidence to stand behind. In a case like that, the identity of the accuser should probably be revealed so that the charged individual can directly defend themselves against the allegations.

However, in a case where the found plagiarism is cut-and-dry, backed by clear evidence, why does the identity of the accuser even matter?

In this case, the plagiarist should be more concerned with what they did and how they can make amends for their mistakes.

In the age of the internet, anonymity is becoming the norm rather than the exception. Between made up user names, collaborative efforts like Wikipedia and collective groups like Anonymous, it isn’t often expected that the citizens of the web reveal their true identities.

Some might claim this invisibility to be cowardly, especially when people are throwing around accusations.  However, it’s often the case that those accused find the anonymity of their accusers most egregious.

If an anonymous web video that exposed the identity of a convenience store robber was leaked, nobody would complain.  No one would demand to know where the video came from or who posted it – they would simply be happy that the perpetrator was caught in the act.

The same goes for plagiarism; if there’s hard evidence exposing an instance of plagiarism, it speaks for itself.

Anonymity or full-disclosure aside, you’ll be OK if you cite your sources, check your work, and do not plagiarize.