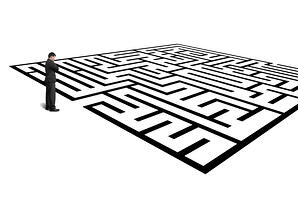 However, once a student leaves the classroom, things get murkier.

Consider the recent case of Angela Henderson. Henderson received her Ph.D at the University of Illinois at Chicago (UIC) and now faces allegations that her dissertation contains plagiarized elements. However, in July, Henderson took a job as interim Provost at Chicago State University, making her the highest-ranking academic at the institution. While UIC is investigating the case, it’s clear that both schools have a strong stake in the matter. UIC has to decide whether or not to revoke her degree and Chicago State has to decide about her employment at the school.

As complicated as that case might appear, it is actually straightforward compared to some others. Take for example a researcher at a school that is accused of plagiarism in a research paper he or she published. Not only does the school have an interest as their employer and the journal as the source of publication, but also the body that provided the grant, which is often provided by the government.

In many plagiarism cases there are a lot of hands that have grounds, and even need, to investigate the allegations. This can sometimes lead to confusing results as different standards of plagiarism and evidence can lead to wildly different results. Consider the case of two Oakland University researchers who, after being forced to retract two papers and banned from publication in a journal for five years due to self-plagiarism, were promoted at their school.

Academia, however, is like any other field in that those who have power are slow to give it up. It’s unlikely a school, publication or institution will turn over their judgment to another body. But, in some of the more complex cases, that could mean three or more bodies investigating a claim of plagiarism, possibly with three or more different outcomes.

The result of all of this is often chaos. While sometimes two or more outside bodies will work together on a case, more often than not parallel investigations take place. It’s already difficult for someone wrongly accused of plagiarism to clear their name, but one caught in this kind of situation would find it impossible.

This is why it is important for schools, publishers, granting institutions and other academic bodies, when drafting their plagiarism policies, to have protocols available to work with outside institutions that have a legitimate stake. Not only does this help avoid duplicating efforts, but it may also speed up reaching a resolution and, generally, make things easier for all persons involved.

Fortunately, this kind of cooperation is becoming more the norm, though it hasn’t stopped parallel investigations from being commonplace. This is true not just in plagiarism, but in all areas of ethics.

But while it’s unlikely an organization is going to surrender its right to draw its own conclusions about a plagiarism matter, by sharing evidence, cooperating during an investigation and presenting findings/decisions in unison, all parties can preserve both their autonomy and their sanity.

The Ethics of Self-plagiarism