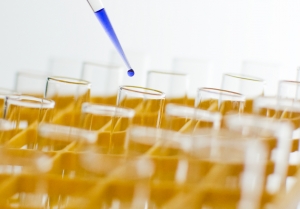 Marc Hauser, a prominent Harvard psychology professor, recently resigned after being found guilty of scientific research misconduct. Hauser was renowned in the field of evolutionary biology, particularly in regards to his research with animal cognition and neuro-development. His ground-breaking work had previously been featured across numerous scientific publications, books, news articles and television programs.

Hauser had been under the eye of a three-year investigation that examined the integrity of several of his published papers. The brunt of the eight counts of scientific misconduct leveled against Hauser involved fabricated data discovered within his publications. Harvard’s Dean of Arts and Sciences, Michael D. Smith, listed the exact infractions, which included “data acquisition, data analysis, data retention, and the reporting of research methodologies and results.”

The aftermath of Hauser’s misconduct not only leaves his own scientific career in limbo, but also leaves many of his fellow researchers in a state of disarray. Hauser’s research was far-reaching and often-cited within the evolutionary biology, linguistics, and psychology communities; now that one his most prominent papers has been retracted and two other papers of his factually corrected, it leaves quite a mess to clean up.

Because of Hauser’s scientific clout – the fallout of his research misconduct is widespread. His works have not only been referenced by fellow researchers for the past two decades, but also by university students that were just beginning to study his field. These are students that are getting drilled on the downfalls of plagiarism and research misconduct; imagine their dismay when they find out that the distinguished scientist they’d been citing in their papers was cutting corners himself.

In addition, how can his fellow researchers put complete trust into any of his work anymore? Beyond the retracted and corrected publications, there’s no doubt that scientists will keep a wary eye on any other papers that Hauser previously published or publishes in the future.

There’s a reason why it’s called the ‘scientific community.’ Researchers depend on each other to push the bounds of knowledge and experimentation. Research works much like building blocks – one block is stacked on top of the next, slowly rising towards the next new discovery. If an integral block is suddenly removed, the entire structure has the potential to collapse.

This is why it’s essential that misconduct like Hausers’ is stopped prior to publication. Once a paper is published, it’s widely considered to be factual and therefore usable for other pieces of research. Preventing ‘bad publication’ can ensure that years of hard research and discovery doesn’t suddenly collapse.